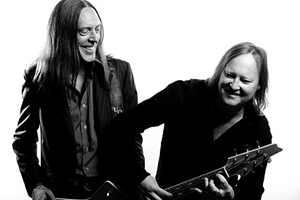 Playing 'Stull' in its entirety, plus selections from the Touch and Go catalog and past, present, future U/O.

Stylish outfits, matching medallions, outrageous attitudes, (and a band name taken from a Parliament song) earned the group a popular following on indie label Touch and Go records. Urge’s “The Supersonic Storybook” album is on Spin magazine’s 20 Best Albums of 1991, and The Stull EP features the song “Girl, You’ll Be A Woman Soon”, which was discovered by Quentin Tarantino and immortalized in a seminal scene in the movie “Pulp Fiction.”