Conversation flows so well at the dart boards in our beloved Dart Room. We have fun leagues for every level plus we host the oldest and largest pub dart tournament in North America! 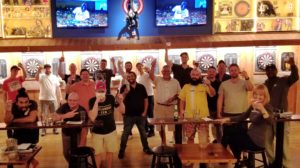 You’ll have fun and meet some great people playing this social pub sport!

Our “commish” is super friendly! Email Us 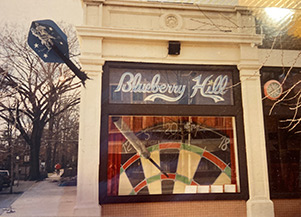 The largest and oldest pub dart tournament in North America! It started in 1973.

Special Moonrise Hotel room rate of only $139
Use code DART

See All the Dart Tournament Champs Through the Years

How Blueberry Hill Was Conned Into Getting Its First Dart Board 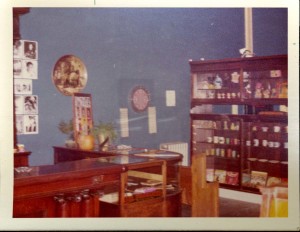 Then another guy came in and asked Joe if he had a dart board. He said no and the man left without even ordering a beer. Several more people came in and the same thing happened. One night Ed said to Joe, “The offer to borrow my dart board still stands. Are you interested?” Joe immediately said, “Yes!” and put the dart board up on the wall.

It turns out Ed put all those people up to it and that’s how we were tricked into getting our first dart board. You can see it in the photo from 1973. Now, over 40 years later, we have a whole Dart Room, dart leagues, and a famous dart tournament!