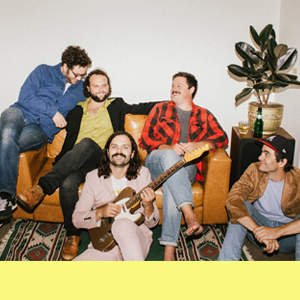 Full Moon, Heavy Light, the new full-length album from West Virginia indie-rock band Ona, will be released May 10 and is now available for pre-order. The first release in partnership with Tyler Childers’ Hickman Holler Records, the album includes the lead single, “Summer Candy”.

Of the album, Jenkins comments, “There’s a lot of ear candy that we snuck in there, but it might be an album that you need to sit with. We want our audience to experience and feel the music. There are ups and downs and sometimes people might ignore those feelings, but we want people to recognize every emotion.”