We mourn the passing of Chuck Berry. He was a Rock & Roll legend; the Father of Rock & Roll. He played over 209 consecutive monthly concerts at Blueberry Hill, from 1997–2014. Not only did he create music history at Blueberry Hill, but he was a dear friend to owner Joe Edwards for more than 30 years. Joe grieves but celebrates Chuck’s life. “Goodbye, my friend,” he says. 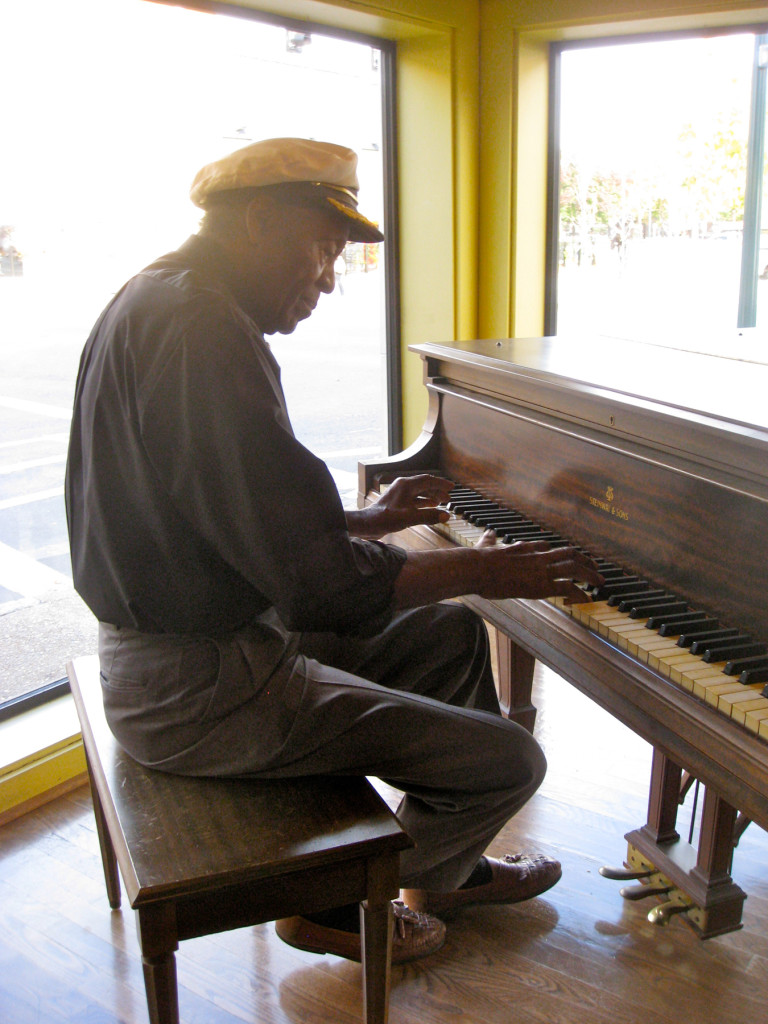 And here are three photos by photographer Jeff Zeilmann, who has taken some of the best photos of Chuck Berry at Blueberry Hill and elsewhere – Joe is so grateful to have them. 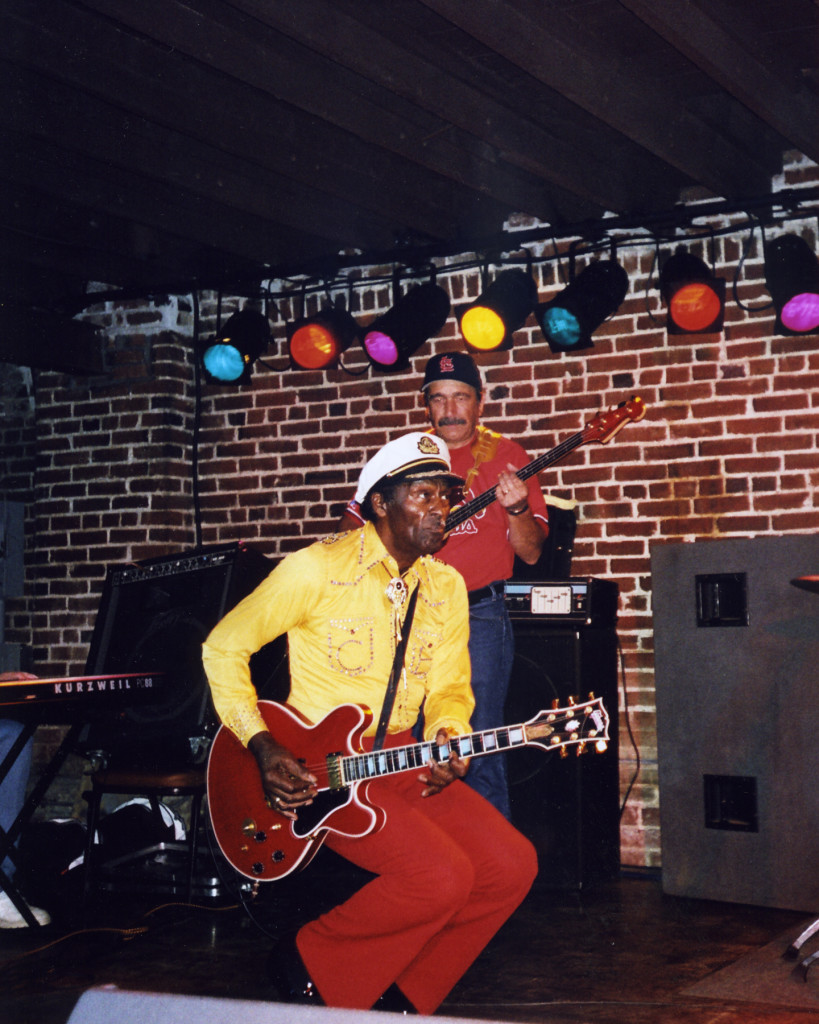 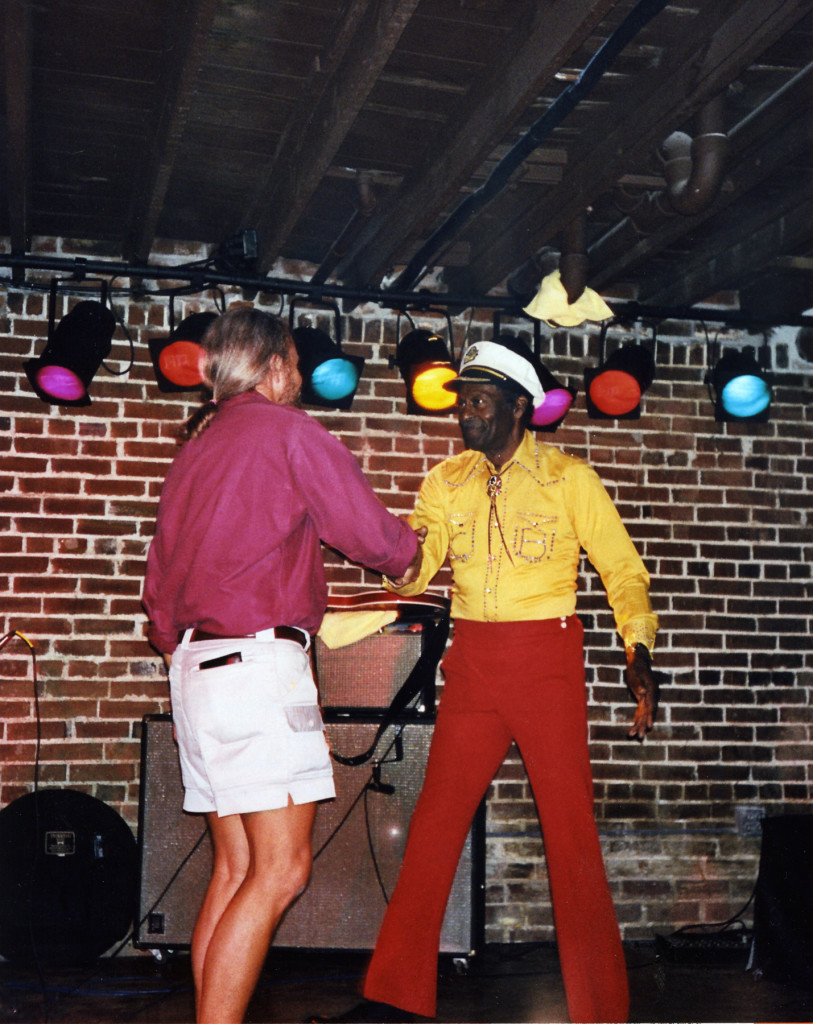 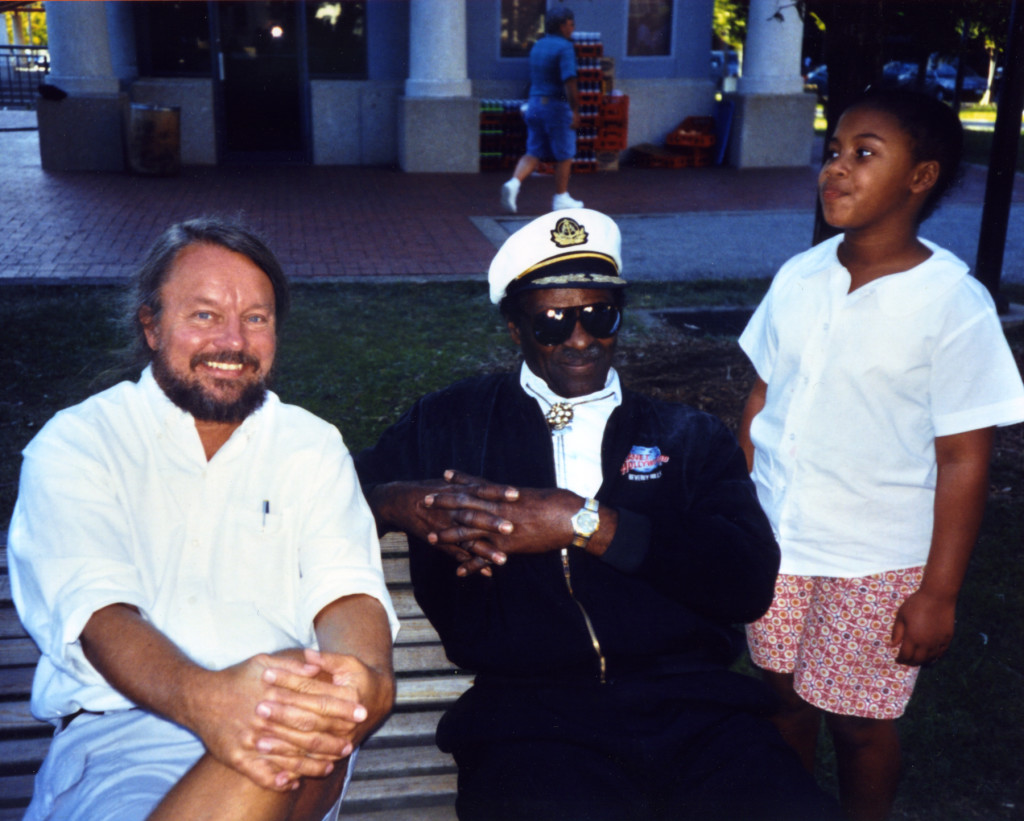 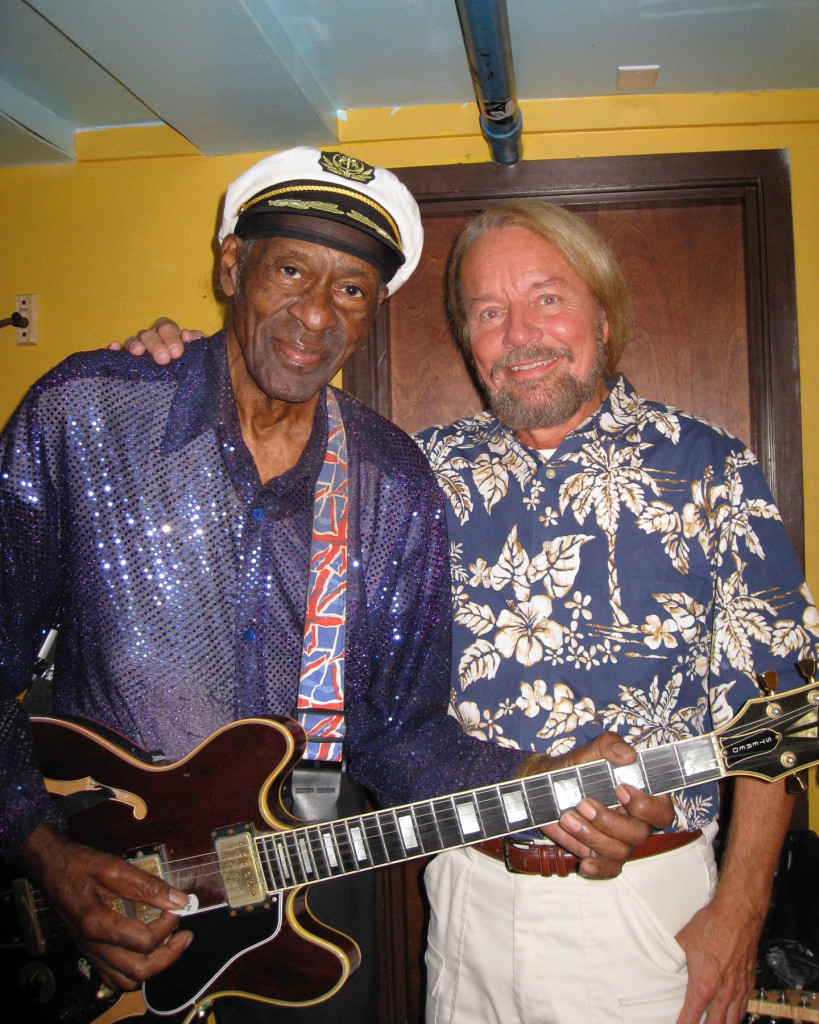 Chuck Berry’s St. Louis Walk of Fame plaque in the sidewalk in front of Blueberry Hill reads as follows:

Hailed as “The Father of Rock and Roll,” Chuck Berry’s signature guitar work, poetic songwriting and inspired showmanship have influenced every Rock and Roll musician to follow him.  Beginning with “Maybellene” in 1955, he recorded a series of hits that defined the standards of the genre.  He was the first person inducted into the Rock and Roll Hall of Fame, and is a member of the Songwriters Hall of Fame.  His Song “Johnny B. Goode” is on the copper records aboard the Voyager space probes, launched into outer space in 1977 to reach out to the universe with the best of our culture. 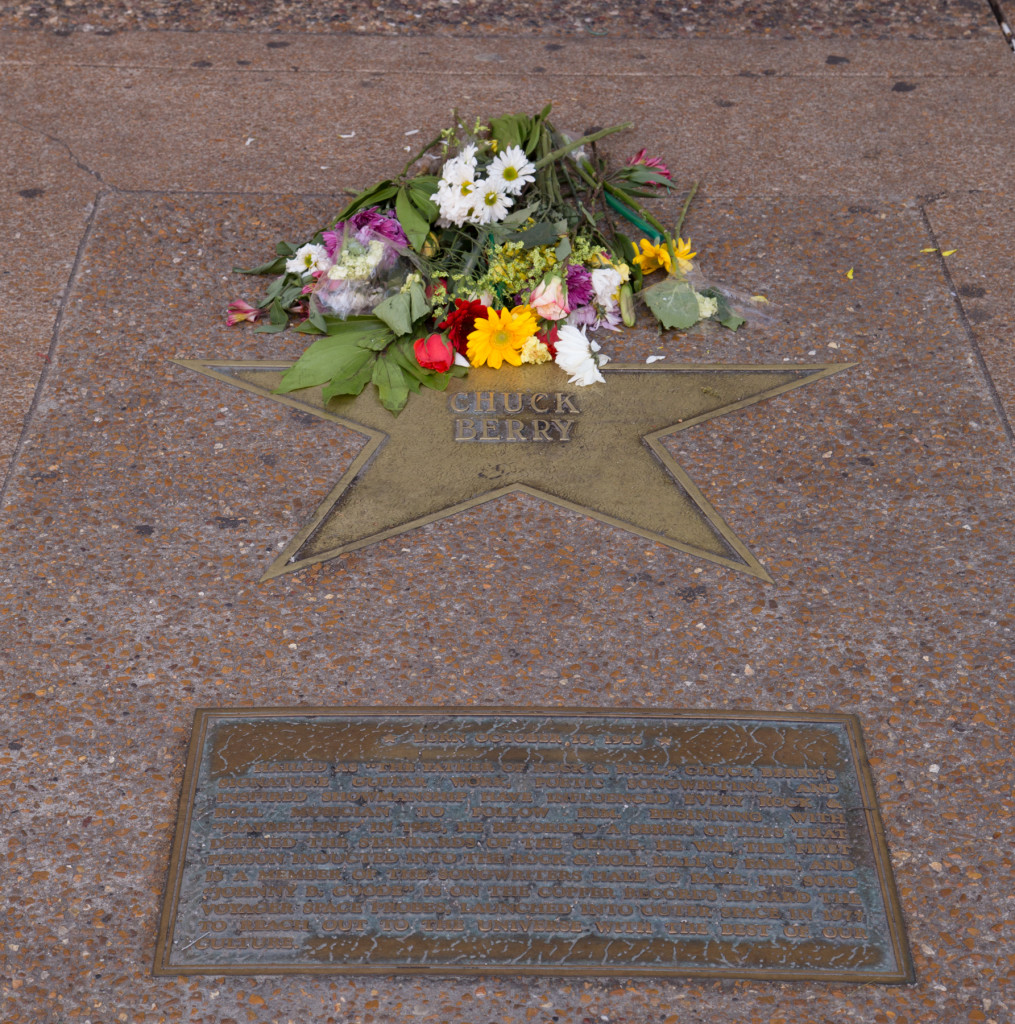 Rolling Stone named “Johnny B. Goode” the #1 Rock Guitar Song of all time.

John Lennon said, “If you tried to give rock & roll another name, you might call it Chuck Berry.

Stevie Wonder said, “There’s only one true king of rock & roll.  His name is Chuck Berry.”

When Chuck Berry was honored with the 2014 Polar Music Prize (the musical equivalent of the Nobel Prize), Keith Richards said, “Chuck Berry, he just leaped out of the radio at me.  I ate him basically, I mean I breathed him.  If I listened to Chuck Berry, I was full for the day.”  The Foundation stated, “Every riff & solo played by rock guitarists over the last 60 years contains DNA that can be traced right back to Chuck Berry.”

On the day of Chuck’s passing, Bob Dylan wrote “Thank you for everything, Chuck Berry!  We will never forget you!  May you rest in peace now.”

Bruce Springsteen wrote, “Chuck Berry was rock’s greatest practitioner, guitarist and the greatest pure rock ‘n’ roll writer who ever lived.  This is a tremendous loss of a giant for the ages.”

We will never forget you, Chuck. Your music lives on here in the halls of Blueberry Hill.