Thanks to owner Joe Edwards, who has been collecting Chuck Berry memorabilia since he was a teenager before he ever met Chuck Berry, Blueberry Hill has the largest collection on permanent display in the world. That sounds wild but we actually have more pieces than the Smithsonian and the Rock & Roll Hall of Fame, although they have fantastic collections you should see as well.

So after you snap your picture with the Chuck Berry Statue across the street and visit his St. Louis Walk of Fame star in front of Blueberry Hill, come inside to see what we have! 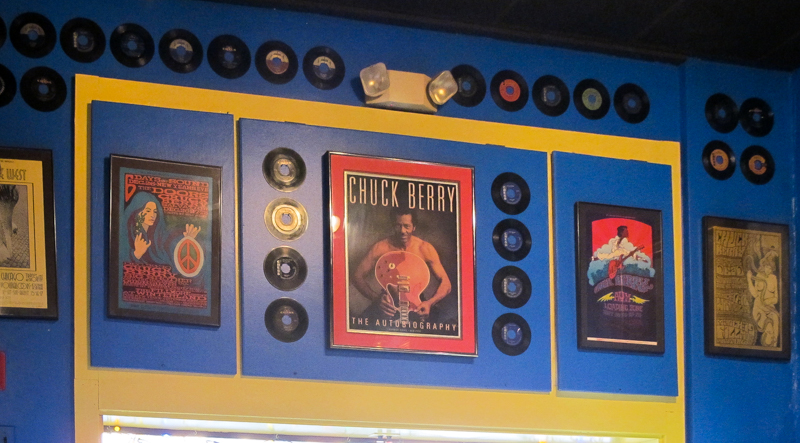 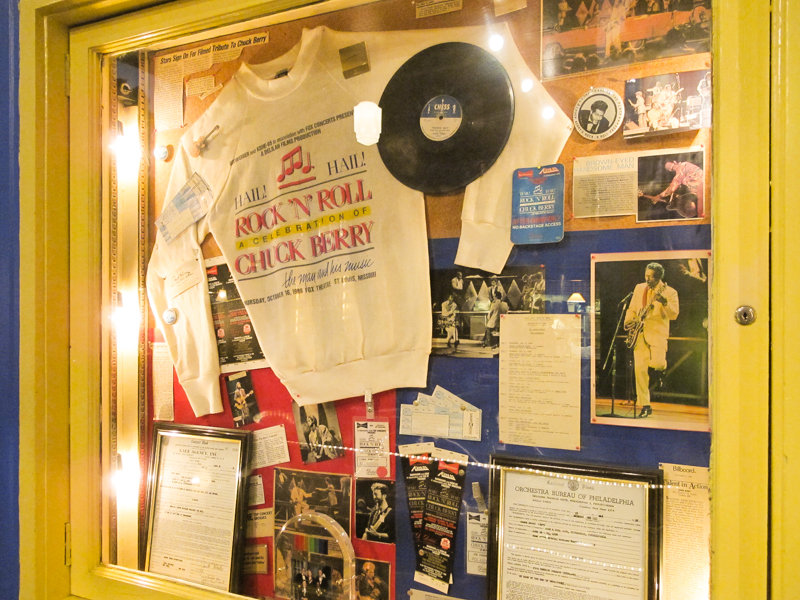 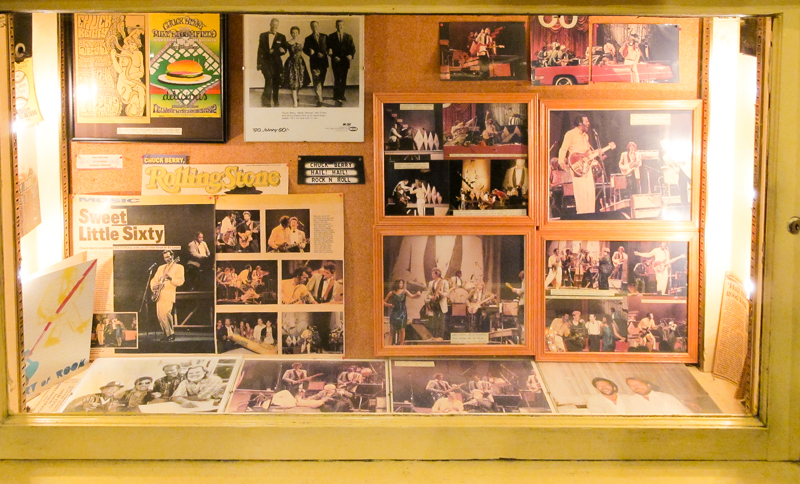 We also have a cast of Chuck Berry’s hands playing the guitar. It’s surprising how large his hands were. 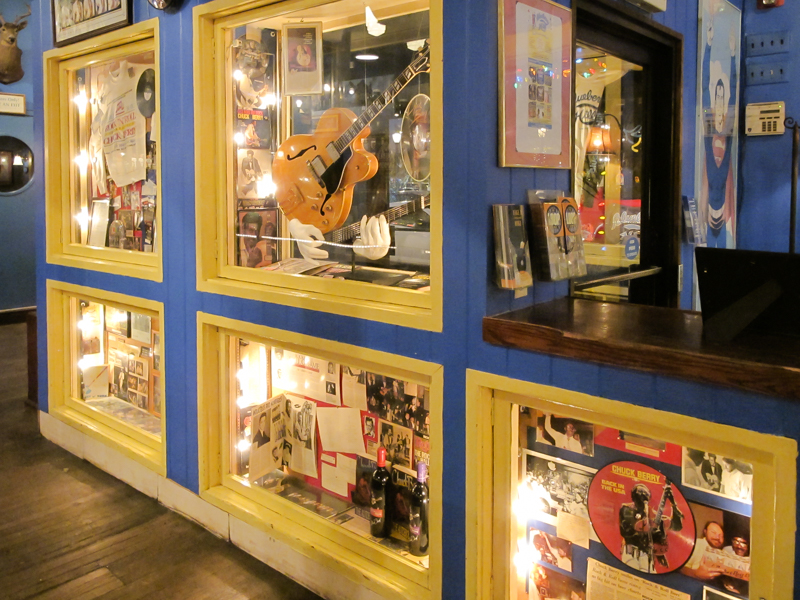 We have a rare old poster from Chuck’s early days in which the Crank Club in St. Louis spelled his name incorrectly. They listed him as “Chuck Berryn.” 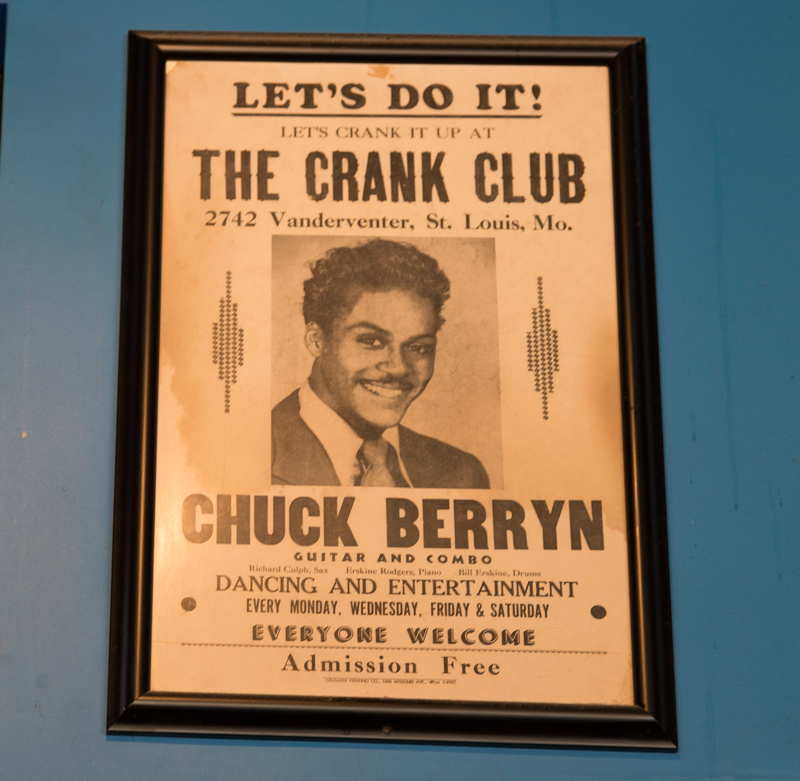 We have an old Rolling Stone cover from 1969. 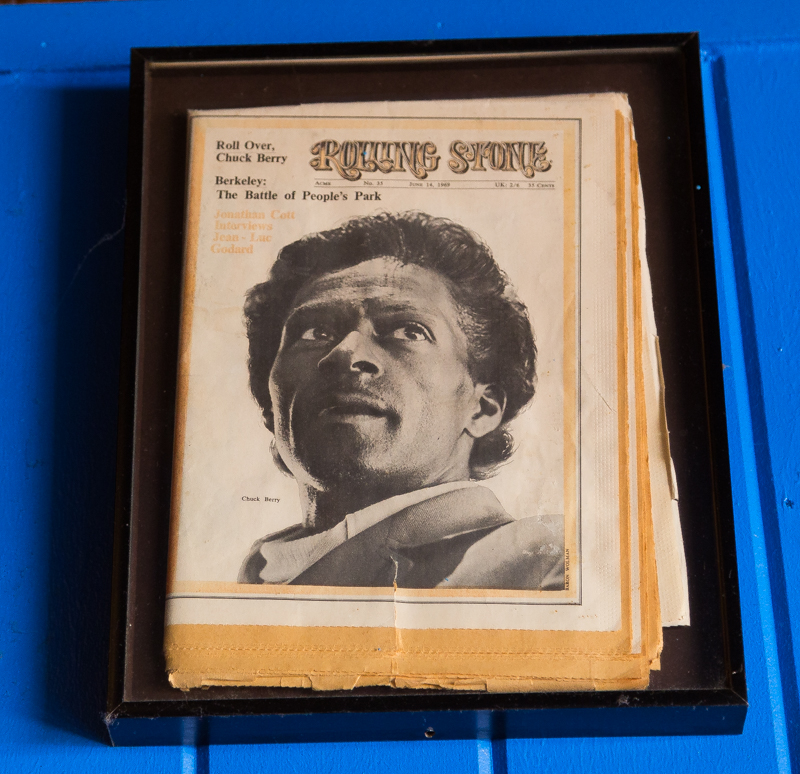