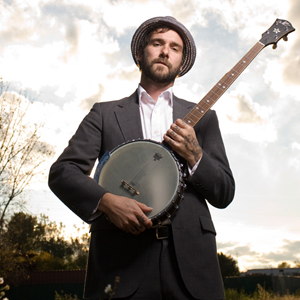 Growing up on the family farm in Iowa, William Elliott Whitmore learned lessons from his father about respecting the land—how to care for crops, to never take more than is needed and, ultimately, to try to leave things better than how they were found. It’s with that wisdom that Whitmore tends to the very same acreage today, but it’s also how he forms his approach to his music.

“My dad was a real naturalist,” says Whitmore. “He would teach us about rotating crops and not planting the same thing over and over again. You have to diversify and switch it up because the soil likes it better. We’re stewards of the land; we don’t own it, and in our short time in this life we’ve got to take care of it and leave it for the next generation. And so I approach music in the same way. It’s this beautiful, fragile thing and you try to hold onto it and take care of it. You try to write good songs that make people think and maybe feel something, too, but you have to switch it up and try to diversify.”

That natural balance found throughout Whitmore’s 15-plus year career has never been more urgent than on his new album, Radium Death. Known for the sparse, haunting qualities of his mostly solo recordings of what he refers to as “roots-folk music,” in which his husky voice is often accompanied by little more than a banjo or acoustic guitar, Whitmore sought to add some new pitches to his bullpen and began writing songs last year with some changes in place.

“I purposefully went into it wanting to make a little bit of a departure, sonically, using an electric guitar a little bit more and adding more instrumentation, more full-band type stuff,” says Whitmore. “I wanted to switch it up a little bit and plug in to see what that felt like.”

Sketching out material around the old Lee County farmhouse in between time spent feeding the animals, tending to the crops, working in his woodshop and hanging with his wife, each week Whitmore would travel the two hours to Iowa City and Flat Black Studios, built and operated by his cousin and producer, Luke Tweedy. Together, they would rehearse, record and build songs, sometimes welcoming other musicians to play live on a track and sometimes letting Whitmore work out a tune by himself. The relaxed pace was also an experiment for the artist, whose work on the farm requires a strict routine around which music and touring are scheduled.