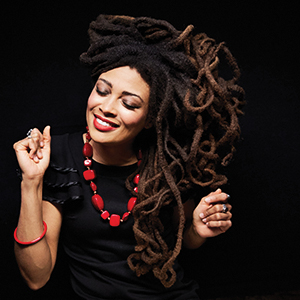 The Order of Time Tour

It’s been a long night if that’s what happened,” Valerie June laughs when asked about her seemingly overnight breakout in the UK. By the time she released her debut album, ‘Pushin’ Against A Stone,’ the Tennessee native had already performed on Later… with Jools Holland, sung a stunning duet with Eric Church at the ACM Awards, toured with Jake Bugg, graced spreads in top music and fashion magazines, and earned some of the year’s most glowing reviews.

“I feel like my whole life I’ve always had a stone I’ve been pushing,” she says, explaining the record’s title. “Some days it’s a good thing to have, like a best friend, and sometimes it’s your worst enemy. In the case of this record, I had so many friends helping me move the stone.”

From the slide guitar shuffle of “You Can’t Be Told” and heavenly harmonies of traditional spiritual “Trials, Troubles, Tribulations,” to the stark, acoustic “Workin’ Woman Blues” and the uncanny darkness of “Twined and Twisted,” June effortlessly shifts between eras and genres. She can be haunting and melancholy, singing of loneliness on “Somebody To Love,” or full of warmth and charm, fondly recalling her home on “Tennessee Time.” At one moment seductive in a sensual come-on, fragile and vulnerable the next in a display of naked honesty, June transports you to another world the moment you hear her voice.

Ask her where it comes from, and she’ll tell you about her church. “Everybody sings in my church, there’s never a choir,” she explains. “There was every kind of voice you can think of, so I was always trying to sit beside somebody who had a cool voice and listen to them and see what I liked about it. I had 500 teachers three-days-a-week for 18 years.”