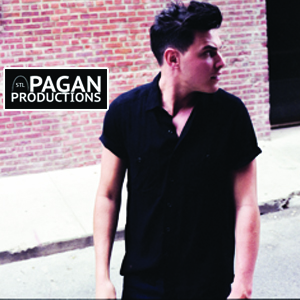 Native New Yorker Tor Miller is endearingly vague when asked to explain the source of his singing voice. He grew up, he says, with a dad “who was part of the Glee Club at university, and he’d sing all the time at home, all these old college drinking songs. But my mum can’t sing to save her life. My parents always say that I would sing around the house all the time, too, but I don’t remember that. I do know that they would go to parent evenings and ask my teachers about my participation in music, and the teachers would go: ‘What? He never contributes.’ I’d sing along to the radio, but I never thought anything of it.” (one can easily lose count of the great singers who will give a similar answer when quizzed about their talent. How cool must it be to be able to shrug in explanation -oh, the singing? I never thought anything of it.)

As Tor tells it, it took a major upheaval in his life to kickstart his conviction and self-belief, and turn him from someone who would “sing around the house all the time” into an artist on a mission. When he was 12, his parents moved from Manhattan out to New Jersey and six months later, Tor enrolled in a new school. It was those six months, and the two years that followed, that would shape him both as a singer and as a songwriter. Each weekday he and his mother would do “a 90-minute commute. She would drop me off and I’d sit for about half an hour, waiting for school to open, listening to the music she had given me – Ziggy Stardust, Elton John, Fleetwood Mac. I listened to those records pretty much nonstop, up and back. And that was the point when I started writing my own songs.”