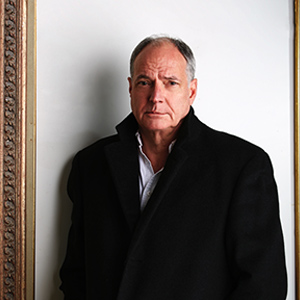 From Guided By Voices

Tobin Sprout, former guitarist / songwriter of indie-rock icons Guided By Voices, has a new album (his first in 7 years), The Universe And Me (Burger Records), out on January 27. The Universe and Me takes a deliberately primitive approach that focuses on feeling, as opposed to production. The result is a vague bridge between the ballads of psych-era Beatles, and the haunting vulnerability of Daniel Johnston’s Hi, How Are You?.

Sprout penned and sang GBV classics including 14 Cheerleader Coldfront, It’s Like Soul Man, Awful Bliss, Ester’s Day, To Remake The Young Flier and Islands (She Talks In Rainbows).  Burger Records will also be reissuing Sprout’s out-of-print 1990s Matador solo albums, Carnival Boy and Moonflower Plastic.  In 2017, Sprout will be performing throughout the US with his 4-piece band.

Elf Power formed in 1994 and over the last 23 years have released thirteen albums, two eps, and a handful of singles, while touring North America, Europe, and Japan many times. Albums such as 1998’s Dave Fridmann-produced “A Dream In Sound” and 2008’s collaboration with the late Vic Chesnutt, “Dark Developments” have cemented the bands’ reputation as the finest purveyors of modern melodic psychedelic folk rock around. Their tour in support of their last album , 2013’s “Sunlight on the Moon” , took them on an extensive tour in support of Neutral Milk Hotel’s much acclaimed reunion tour, as well as dates with Broken Bells and headlining dates.