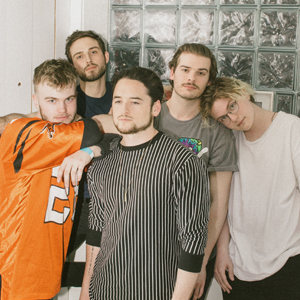 W/ TBA
Thursday, September 19, 2019
Duck Room
Doors open at 7 pm
Show starts at 8 pm
$10 in Advance/
$12 DOS
All Ages / $2 minor surcharge
Canceled
RSVP on Facebook http://thewldlfemsc.com
“Unfortunately due to a schedule conflict that’s arisen THE WLDFE show for 09/19 has been canceled. We are working to reschedule the date. If you wish to refund your tickets in the mean time please reach out to the box office to process your refund.”

THE WLDLFE, from Indianapolis, IN, is an indie pop band for fans of acts such as Jon Bellion, The 1975, and Fickle Friends. The band is comprised of Frontman Jansen Hogan, guitarist Jason Boucouras, drummer Geoff Jones, bass player Jack Crane, and multi-instrumentalist Carson Hogan. THE WLDLFE produces cinematic pop using maximalistic production and an honest simplicity to their lyrics.

The band found their beginning in 2016 with their debut EP “New”, it was a grassroots success receiving positive reviews from indie music publications, receiving airplay on over 90 college stations, being featured in the MTV Spotlight Spotify Playlist and even receiving tweets from Hollywood A-Listers Abigail Breslin and Chloe Grace Moretz.