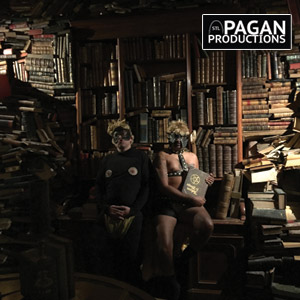 The King Khan and BBQ Show

Bad News Boys is the band’s fourth studio album, their latest since 2009’s acclaimed Invisible Girl. The boys had previously broken up in 2010 after a taxing stretch, culminating in an invite by Lou Reed to play the Sydney Opera House. There was a public (internet) break-up and freak-out, which carried over into the week after in Asia. Words were said; brothers fought like brothers. It was the end of a stretch that had taken the band all over North America, playing festivals like Coachella, starting side projects like Almighty Defenders (with brothers Black Lips), touring the likes of Europe, Israel, Brazil, gaining legions of devoted fans internationally, and kickstarting that whole ‘doo-wop punk’ bullshit movement that still goes on today.

This is rock’n’roll. This is punk. This is early r&b. This is psych. This is doo-wop. This is garage. It’s all this and more, without trying to be anything.