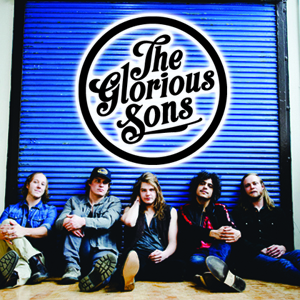 ***THIS WEEK***
Friday, October 2, 2015
Duck Room
Doors open at 7 pm
Show starts at 8 pm
$10 • 21+
A PAGAN PRODUCTIONS EVENT.
Get Tickets RSVP on Facebook
SPECIAL GUEST: THE 45
There is a mechanic shop in the heart of industrial Kingston – it’s tucked in the corner of a dusty cul-de-sac, surrounded by dead trees and rusted out machinery. That’s where The Glorious Sons call home. Having burst onto the scene in 2013 by winning the HTZ-FM Rocksearch and following that up with three top-6 Active Rock singles (“Mama” #6, “White Noise” #2, “Heavy” #2), this band’s ascent in the world of Canadian music has been quick and well-deserved. The Sons were by all metrics, the most-played new Canadian artist on Rock radio in 2014. They are the next generation of great Canadian rock to emerge from the Lime Stone City.The Glorious Sons are an everyman band, telling real stories from a blue-collar perspective. They hit their stride with their new album, “The Union”, a collection of honest and heartfelt songs touching on themes of life, love, passion, loss and redemption. Vocalist/lyricist Brett Emmons is one of the strongest new voices in Canadian rock, backed by a lush, loud and powerful soundtrack supplied by guitarists Jay Emmons & Andrew Young, and the rhythm section comprised of Adam Paquette (Drums) & Chris Huot (Bass).

After recording their debut EP (“Shapeless Art”, 2013) with The Trews’ John-Angus MacDonald, they paired up once again to produce the lions share of “The Union”. John-Angus imparted a level of song-craftsmanship and experience that the band found invaluable. The results speak for themselves with an eclectic and cohesive collection of songs including the fist-pumping drivers “Hard Times” and “The Contender”, the epic “Lover Under Fire”, the chaotic title track “The Union” and the beautifully crafted album closer, “Amigo”.