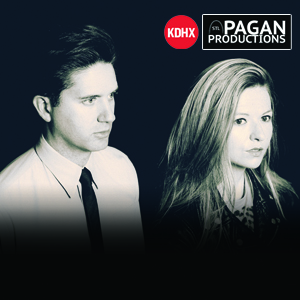 Greg Hughes, the driving force behind Still Corners, is not one to rest on his laurels. Despite the critical plaudits hurled at the band’s 2010 Creatures of an Hour debut longplayer (“indulgently seductive” opined NME; “an astounding debut” purred Drowned in Sound), Hughes is blessed with the kind of inexorable ardour for refreshing and sharpening his muse that is common to all connoisseur sculptors of apparently effortless, instantly elegant pop music. “I’ll never be satisfied with any of it, I need to keep trying new things”, he concedes of his ever-burgeoning musical project. “Still Corners is The Enterprise, for me.”

Riding that insatiable kinesis over the last two years has resulted in Hughes, along with singing accomplice Tessa Murray, fashioning a devastating sophomore album, Strange Pleasures, which is surely destined to usher Still Corners to a deserved place at cerebral dream-pop’s high table. Where its predecessor soared on sugared layers of shoegazing-infused retro-futurism, Strange Pleasures proffers a leaner, more acute extrapolation of ’80s-suffused song and studio craft, navigating a sinuous trajectory between velveteen Angelo Badalamenti noir-pop torch song sophistication and ethereal Cocteau Twins beauty, with exquisite meanders through the glacial but mellifluous territory first mapped by Modern English, The Cure and The Passions, with nods along the way to cool, graceful detachment a la ’80s Euro avant-poppers such as Berntholer and Virna Lindt.

“I think some of the above have probably been an influence-I’m a child of the ’80s,” Hughes concedes when presented with a list of Strange Pleasures’ possible antecedents. “But I see it principally as a widescreen pop album, clear, with upfront vocals. It’s a little epic, but not really retro-futuristic. There aren’t a ton of layers this time; everything has its place and is focused. What I hear is variety. Some reviews described Creatures… as ‘scattershot,’ but I need that kind of diversity-it’s a part of me. Tessa’s voice ties it all together beautifully…”