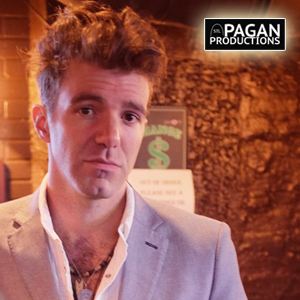 When it comes to performing, CBS Radio has called Stephen, “the best live act you’ve never seen.” Another writer at No Depression magazine gives him the oddly flattering title of “the best songwriter you’re not listening to.” Interestingly though while Kellogg may not be a household name at present, he has persisted in building a substantial career, which has landed him on stage with some of the biggest touring acts in the country (Train, Sugarland, OAR, Josh Ritter to name a few), in the billboard charts, and with his songs as the backdrop of numerous films and TV shows (One Tree Hill, Men of a Certain Age, Mercy). Perhaps most importantly to Kellogg, he’s ingratiated himself into the lives of his listeners. That sort of mentality has garnered him descriptions like this one from Macaroni Kid, “an unassuming manner, self-deprecating humor, a heart for those around him…100% genuine and utterly moving.” His Americana-tinged, sometimes folk, often rock, occasionally pop stylings can make Kellogg hard to define, and his most recent four part album “South, West, North, East” embraces the notion of genre splitting to the fullest.