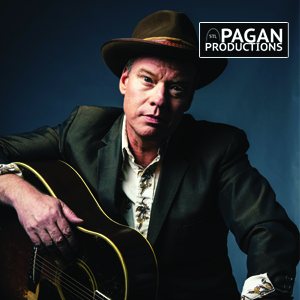 Singer-songwriter Shawn Mullins readily admits that several of the songs on his new album, My Stupid Heart, address his perceived relationship failures. In fact, many were written as he was falling out of his third marriage; in the title tune, he actually chides himself for being such a romantic. But it’s also a bit of a joke, he says, because he firmly believes in following his heart — no matter where it leads.

That oh-so-fallible, yet essential part of our being is, it turns out, the guiding force behind just about every song on the album — the theme of which, he says, is summed up most succinctly by another song title: “It All Comes Down to Love.”

In that respect, Mullins says, it’s not all that different from most of his discography — which includes 1998’s Soul’s Core, the album that shot him to fame on the strength of its Grammy-nominated No. 1 hit, “Lullaby,” and 2006’s 9th Ward Pickin’ Parlor, which contained his AAA/Americana No. 1, “Beautiful Wreck.” (He also co-wrote the Zac Brown Band’s No. 1 country tune, “Toes.”) But in the years since his last release, 2010’s Light You Up, Mullins has experienced more ups and downs on his romantic roller-coaster — a ride he’s decided to step off for a while. He’s also stayed busy co-parenting his son, Murphy, with his second wife.

Still, nothing inspires songwriters quite like a breakup, and Mullins confirms, “This record came out of all that; all the feelings, all the heartache.”

He remembers sitting on his porch one afternoon, thinking, “I know this is all in my head, but it’d be a lot easier just to blame it on my heart.’ And then I thought, Yeah, it’s my stupid heart.'” Next thing he knew, lines like “my stupid heart it plays for keeps/through hoops of fire it bounds and leaps” just started tumbling out. In the studio, the song took on a classic vibe, with impeccable instrumentation and production that sounds as if George Martin supervised.

In other words, it’s gorgeous. And it carries a momentum that shifts it away from feeling like a woe-is-me wallow in self-pity. Throughout the album, Mullins deftly balances songs of suffering — from the title tune and “Go and Fall,” to the powerful, yet subtle social commentary of “Ferguson” (which contains no mention of guns or police officers) — with songs such as “Roll on By,” co-written with Max Gomez, which strikes an upbeat note of hope.