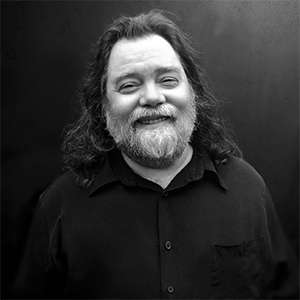 Legendary rock n roll pioneer Roger Kynard “Roky” Erickson hails from Austin, Texas. He is, in the words of music writer Richie Unterberger, one of “the unknown heroes of rock and roll.” As singer, songwriter, and guitar player for the legendary Austin, TX band The 13th Floor Elevators, the first rock and roll band to describe their music as “psychedelic”, Roky had a profound impact on the San Francisco scene when the group traveled there in 1966.

While bands such as The Grateful Dead and The Jefferson Airplane had the their roots in traditional acoustic folk music, the Elevators unique brand of heavy, hard-rocking electric blues pointed to a new direction for the music of the hippie generation. The Elevators only had one chart hit, the Roky-penned You’re Gonna Miss Me, but their influence was far reaching. R.E.M., ZZ Top, Poi Dog Pondering, The Judybats, T-Bone Burnett, Julian Cope, The Jesus and Mary Chain, The Cramps, The Minutemen, Television, The Cynics, The Lyres, Teisco Del Rey, The Fuzztones and Radio Birdman have all either recorded or played live versions of Roky’s songs. In addition to these performers, Roky is an acknowledged influence on such diverse musicians as Robert Plant, Janis Joplin, Patti Smith, Henry Rollins, Mike Watt, Sonic Youth, The Butthole Surfers, Jon Spencer, The Damned, Red Krayola, Pere Ubu, and current indie hit-makers The White Stripes. His songs have appeared on the soundtracks to the movies High Fidelity, Drugstore Cowboy, Boys Don’t Cry, Hamlet (2000), and Return of the Living Dead. While he may not be a household name, Roky has enjoyed the support of a small but fiercely loyal cult following throughout his career.