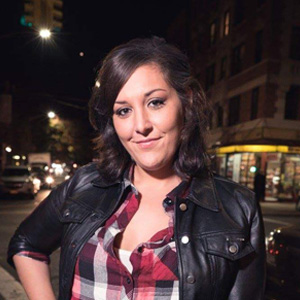 For one night only, Comedy Here has hand-picked the finest comedic talent in the Midwest and quite possibly the Universe to perform at Blueberry Hill Duck Room in The Loop. The two-hour show will run more like a variety show than what you’d find at a traditional stand-up comedy club. Think variety but as in “the spice of life” and not a haphazard talent show.

Neil C. Luke and Zackary Matthew Sloan are individual musicians who, with their talents combined, are a force to be reckoned with. Both are singer-songwriters with a flair for introspective, sometimes brutal but always poetic honesty in their music. They will open the show with several songs (and likely some witty banter) and will be your hosts throughout the evening.

After Neil and Zackary open the show the rest of the evening is all up to the comedians and rather than tediously explain their humor, here are a few brief bios to spark your interest:

Hailing from the Former Soviet Union but growing up in Kansas City, Tina Dybal is no stranger to the Midwest. Starting her career as a comedian in St. Louis, she has become a regular performer at Helium Comedy Club and all over the city. Tina’s unique background, caustic humor, and memorable stage presence have landed her opportunities to work with some of the industry’s best comics.

Lael O’Shaughnessy has been doing standup for two years and its the only thing she’s ever been good at. She can’t do anything else. She’s got her start in New York and South Bend, Indiana and recently moved to Chicago to pursue it seriously. She loves it, man! She is bad at writing bios about herself, but boy is she ready to have a good time.

Reena Calm is an East Coast Jew turned Chicago favorite, and one of the most respected and requested comedians in the Midwest. Pulling from a lifetime of questionable choices, Reena’s material manages to be autobiographical, silly, and charmingly inappropriate. Reena is a featured regular at the Laugh Factory and performs all over the country.