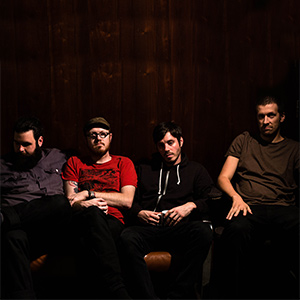 Pile have never released the same album twice, since the project’s 2007 beginnings the Boston quartet have been continuously evolving, pushing expectations, and obliterating good sensibility. A Hairshirt of Purpose, the band’s fifth album continues that tradition in a different light. Following the raw intensity and unpredictability of You’re Better Than This, the band settled down to create an album about “the joys of solitude” and “the inescapable selfishness of every action,” exploring the limits of the studio in the process. If their last album was a challenge to their audience, A Hairshirt of Purpose is a challenge to the band itself.

Recorded at home in Boston at The Record Co. the studio’s big windows and close proximity marked a change from the band’s previous recordings. Pile vocalist/guitarist Rick Maguire shared, “we were at home and we could see the sun, and I think both of those things lent themselves to a more focused and deliberate record.” There’s a warmth and radiant accessibility to be found throughout the album as the band experimented with different instruments (violin, viola, piano, organs, synths, banjo, etc) and a resounding push toward clarity. Pile balance their ferocious tendencies with moments of beauty, building tension with release never too far behind.

Well known as “your favorite band’s favorite band” and for a tireless work ethic, Pile have earned their following from years of DIY touring and a humble approach to uncompromising performances. Never afraid to switch styles, Pile’s music has morphed over the years, embracing both the ferocious and gentle sides of punk, indie, folk, and noise rock, delivering their own brand of gnarled intensity. Since coming together as a full band in 2009, Pile have toured as much as their lives collectively allow, playing over 600 shows spread out over the US, Canada, UK and Europe.