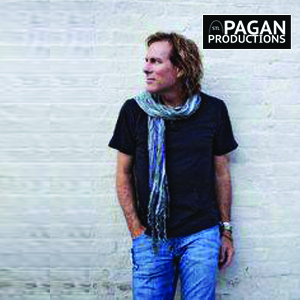 Guitarist, vocalist and songwriter, Peter Mayer of the Peter Mayer Group, has melded a unique and eclectic writing style, a distinctive voice and virtuoso musicianship to create compelling and accessible music that is electrifying in live performance.  Culling influences from his childhood in India that ranged from traditional Indian music to the Beatles, to his studying and teaching Jazz guitar; add his many years working in Jimmy Buffett’s Coral Reefer Band, and having the opportunity to share the stage with others that include James Taylor, Mac McAnally, Sonny Landreth, Don Henley and others, and it tells part of the musical story of the Peter Mayer Group.

Peter’s life began in Tamilnadu, the far southern region of India, where his parents served as missionaries for 17 years before returning to their Missouri roots.  Musical influences from that period of his life can be heard in his playing.  Peter recalls, “I can remember Indian musicians giving Christmas concerts in my parents’ house.  Wildly playing drums and flutes, shakers and bells, they would go on for hours and hours.”  He went on to study formal theory and composition, and to teach jazz guitar as a faculty member of Webster University.

The Peter Mayer Group boasts between them an extensive performing and songwriting portfolio with experience in any number of styles from jazz to country rock to classical and spiritual.  Recording under the name PM, Peter released his debut album for Warner Brothers Records (WB No. 25751) in 1988.  Working with Elliott Scheiner (Steely Dan, Aretha Franklin, Bruce Hornsby) – this album produced the single “Piece of Paradise,” charting to number eight on Billboard.

When Scheiner was hired to produce Jimmy Buffett’s Off To See The Lizard album, he suggested that Jimmy use PM for the recording sessions.  Buffett was as impressed with their unique versatility as musicians and performers that he quickly hired them as part of his own Coral Reefer Band, a successful relationship that continues to date.