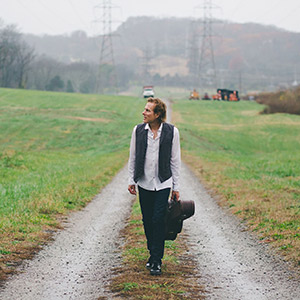 Peter Mayer is a guitarist, vocalist, songwriter, touring musician and recording artist in Nashville, Tennessee. With his unique writing style, distinctive voice and virtuoso musicianship, Mayer creates compelling and soulful music for an electrifying live performance. Mayer has released 13 albums to date and tours year round with the Peter Mayer Group. He is the lead guitarist in Jimmy Buffett’s Coral Reefer Band and has shared the stage with a variety of artists such as James Taylor, Don Henley, Joe Walsh and Ringo Starr.

As a young child in Tamilnadu India (where his parents were Lutheran Missionaries), Peter Mayer had a passion for music. Drawing musical influence from his upbringing, Mayer’s music evokes melodic notes such as music and lyrics of The Beatles, traditional Indian music, church hymns and jazz standards. After moving back to the United States, he went on to study formal theory and composition and taught jazz guitar as a faculty member at Webster University. In 1988, Mayer released his debut album for Warner Brothers Records with the group PM. Working with producer Elliott Scheiner (Steely Dan, Aretha Franklin, Bruce Hornsby) – this album produced the single “Piece of Paradise,” charting to number eight on Billboard.

Mayer began touring with Jimmy Buffett’s Coral Reefer band in 1988 as lead guitarist, a position that he holds to this day. He regularly tours with his own bands, including The Peter Mayer Group, The Peter Mayer trio and Peter Mayer’s Songs of Faith.

New Orleans born pianist and singer Chris Walters is an independent artist who currently resides in Nashville. He served as Barbara Mandrell’s Music Director from 1989-1997, after which he toured as keyboardist with the country supergroup Alabama. Chris currently tours with Hall of Fame songwriter, JD Souther and Jeff Coffin Mu’tet, and he can be seen performing regularly at Nashville’s Historic Station Inn with Carl Jackson, Larry Cordle, Ricky Scaggs and Aubrey Haynie. Chris has performed with the Nashville Symphony Orchestra and recorded the soundtrack for a documentary film scored by Bela Fleck. His debut album Strange Fruit was featured on National Public Radio’s Jazz South program. His second release Cool Blue Swing offers 11 tracks of original music, and his third album, Yay! Everybody, Yay! includes new original music, as well as works by Alberto Ginastera and Cole Porter, featuring orchestral arrangements around his small band performances.

Music has always been a commanding presence in Brendan Mayer’s life. The son of longtime guitarist for Jimmy Buffett, Peter Mayer, Brendan grew up surrounded by the music industry. Since a young age, he has been steadily crafting his own unique voice as a guitarist, singer, and songwriter. As lead singer of Nashville buzz-band The Turf, Brendan played extensively throughout the Nashville area and elsewhere, sharing the stage with successful acts like American Bang, Jeff the Brotherhood, De Novo Dahl, and Turbo Fruits. As a solo aritist, he has toured as a featured artist on Buffett’s nationwide summer tour and also released his debut — “The Getaway Car EP” in 2014 on Mailboat Records. Brendan also regularly tours with the Peter Group and his solo musical project.

Zeb Briskovich is an acoustic and electric bass player from Saint Louis. His wealth of experience and talent as a performer, composer and educator make him one of the most in-demand bassists in the Midwest. Briskovich began his musical career at an early age, playing professionally with his mother’s country band at age 10. He earned a Bachelor of Music Performance from Southern Illinois University in Edwardsville, where he was immediately hired and currently serves as the jazz bass instructor and ensemble director. He also serves on the music faculty of Washington University in Saint Louis. Briskovich has worked with musicians, such as Bucky Pizzarelli, John Pizzarelli, Clark Terry, Ann Hampton Calloway and Reggie Thomas, as well as with the St. Louis Symphony Orchestra and indie rock band, Dropkick The Robot. He has toured the U.S. and Europe extensively and also leads his own jazz fusion group, Rare Departure.

Miles Vandiver is the jazz drum set instructor, director of the Music Business Program and coordinator of recording activities for Southern Illinois University. By the time Miles was in the 8th grade he was already playing professionally and performing in the college level jazz combos at SIUE. It was at this time that his interested in recording engineering peaked, and he began work as a recording engineer in studios at this time as well. Miles received his BM in Jazz Performance and his MM in Music Performance with an emphasis on jazz at SIUE. Miles has toured with groups such as Commonwealth, Vargas Swing, St. Louis Symphony Orchestra, Tom Kennedy and many others.