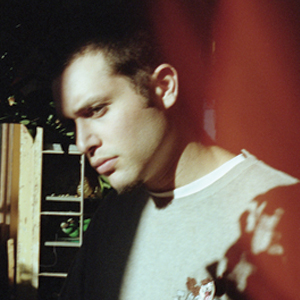 Nick Hakim grew up in Washington DC, went to the Berklee College of Music, and has been based in New York for the last several years. He’s cited diverse influences, from Marvin Gaye and Curtis Mayfield, to Madlib and MF Doom, to the South American folk and DC punk records his family played as influences.

After building a dedicated following on Soundcloud, he released his two-part Where Will We Go EP in 2014 to praise from outlets like The FADER, Pigeons & Planes, Interview, Stereogum, Line of Best Fit, Consequence of Sound and more. He’s toured with Maxwell, How To Dress Well, KING and more; and appeared on the DC emcee and producer Oddisee’s 2015 album The Good Fight.

Nick Hakim recorded his debut full-length album “Green Twins” over the course of a year, experimenting with analog equipment in his bedroom and in Brooklyn studios. On many of the tracks, you can hear this process in the lo-fi buzz of bedroom demos layered just under the surface of fuller, more realized soundscapes. But across the album, which ranges from chaotic psychedelia to airy musings, Hakim’s singular soulful voice cuts through.