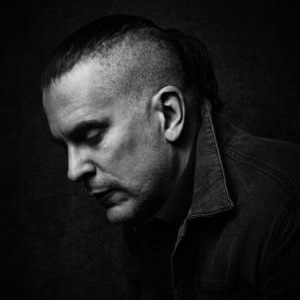 Michael McDermott burst onto the scene in his early 20’s with his exceptional debut, 620 W. Surf and subsequently found himself touted as Rock’s ‘Next Big Thing’. MTV, Rolling Stone, The New York Times and even author, Stephen King added their appreciative nods and having the backing of Giant Records and prestigious producers like, Brian Koppelman and Don Gehman, seemed to go a long way towards assuring his success – overnight success.

The missteps and failures that followed, the collapse of an industry that once embraced him as its next sensation, are troubles and travails that either ruin a person completely, or they force a change of attitude and staunch determination to gather one’s resolve to not only survive, but overcome. McDermott vowed to do both. Ten albums in, it’s resulted in Willow Springs (Pauper Sky, June 17, 2016), one of the most honest, daring and defiant recordings of McDermott’s career. Named for the small town where he now resides with his wife and young daughter, it reflects a certain circumspect about his life, the situations he’s encountered, while realizing that ultimately, his fate resided in his own hands.

“This is an album of reckoning I suppose,” McDermott reflects. “There was a real cacophony of change going on in my life at the time… being a new father, losing my own father, leaving the city for the country, dealing with sobriety, grief, death, mortality, shame and forgiveness. It was a veritable emotional tsunami and yet somehow I had to navigate through it all. That journey is reflected in these songs. Willow Springs is the name of the place where I took refuge and had to confront a lot of things”.

Recorded at his home in the country and fan-funded, Willow Springs finds McDermott behind the boards as producer for the first time with longtime producer and collaborator, Lex Price doing the mix. Having enlisted a stellar support group of musicians — including multi-instrumentalist, Price; guitarist, Will Kimbrough; keyboard player, John Deaderick and McDermott’s wife, Heather Horton on backing vocals – McDermott found himself able to craft the unassuming yet cutting sound he envisioned.