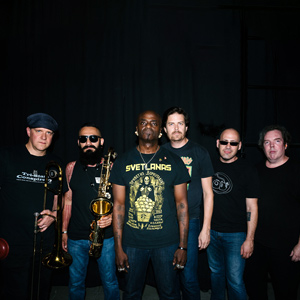 Mephiskapheles are back in red and black for 2014. The band who invented the devilish, whimsical MTV- and radio-friendly genre of Satanic Ska, then defied critics by exploring even greater possibilities for their darkly original ska fusion, have reunited, with a new tour and new album in the works.

Formed in the East Village of New York City in early 1991 by a group of artists, ad-agency employees, and jazz musicians, Mephiskapheles played their first show on Long Island, and from day one began attracting a diverse, dedicated fan base.

Flash-forward to today; and with Satanic Ska being, without a doubt, the genre of music most relevant to our current times. Mephiskapheles are picking up where they left off, with a reissue program with Jump Up Records, a focused performance schedule, and a new Mephiskapheles album in the works.