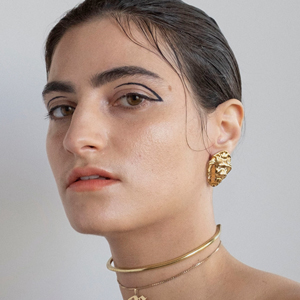 Watching her onstage, that brown bob of hers whirling like a cyclone as she unleashes her brash and husky riot of a voice, it’s hard to imagine Mattiel Brown was ever anything but a natural-born performer, a tried-and-true self-empowered presence.

“Honestly though I never even believed I could do this,” Mattiel, one of rock’s most thrilling young talents, says. Still, dig deep and she’ll admit to those times when she’d let herself dream: of one day stepping onstage, gripping that microphone and showcasing her skills. Then, she imagined, could at last let it all go, unleash that deep-seeded passion of hers for melody and rhythm and intricate storytelling and channel her pent-up ferocity into something real and palpable and powerful.

“But,” adds the singer, whose youth was shaped by an eclectic range of music – from folk to punk and hip-hop – and who for years only sang by herself in private, “I remember thinking all along, “Yeah, I would love to do that but it’s out of my wheelhouse, right?” Mattiel pauses and smiles as if to say she now knows she was capable of becoming a masterful front woman all along. “I guess I just really had to break out of my skin.”