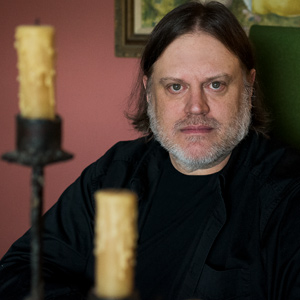 Tomorrow Forever, Matthew Sweet’s fifth album of new material in this century, the first since 2011’s Modern Art and 14th overall in a recording career spanning more than three decades, is teeming with his signature sounds and ongoing preoccupations. But the expansive 17-song work—available June 16, 2017 in CD, double 180-gram-vinyl LP, CD and digital configurations via Sweet’s own newly launched Honeycomb Hideout imprint through Sony’s RED Distribution—takes these familiar elements into previously unexplored territory, reflecting profound changes in his life. Essentially, Tomorrow Forever contemplates a knotty epistemological question: Does what is real extend beyond what the consciousness can readily grasp?

In early 2014, Sweet, his wife Lisa and their cats moved from their longtime home in the Hollywood Hills to their native Nebraska. They bought a house on the outskirts of Omaha, 40 miles from Matthew’s hometown of Lincoln, where his elderly parents still lived. The 80-year-old house was spacious enough to accommodate Matthew’s high-end studio—formerly Lolina Lane, now Black Squirrel Submarine—and vast array of instruments, as well the Sweets’ collection of big-eyed art and Matthew’s pottery-making tools.

Soon after relocating to Nebraska, Matthew’s team launched a Kickstarter fund in order to crowd-fund his next album, but before he’d even gotten the project started, life happened. As he was getting acclimated to his old/new surroundings, his mother passed away, spending her difficult final days surrounded by her family. Never before had Matthew experienced the loss of someone near to him, and it stopped him in his tracks. But an extended period of grieving was followed by one of the most fruitful sustained bursts of inspiration in his prolific career.