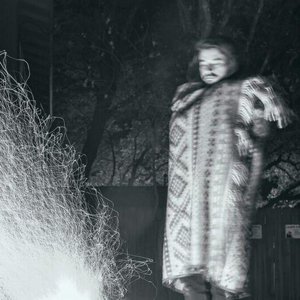 Best-known as the co-founder and frontman for shape-shifting heartland indie rockers Delta Spirit, Matthew Logan Vasquez’s fiery delivery and thought-provoking lyrics draw from a huge and versatile well of influences, including Gram Parsons, Kurt Cobain, Neil Young, and Iggy Pop. As a solo artist, he juggles elements of indie rock, electronic pop, R&B, and soulful Americana, flirting with despondency, but ultimately succumbing to beatitude, especially on 2017’s home recorded, yet vibrant sophomore effort, Does What He Wants.

After releasing Delta Spirit’s critically acclaimed fourth studio album, Into the Wide, in 2014, Vasquez moved with his wife and newborn son to Austin, Texas and began working on what would become his debut solo outing. The resulting Austin EP, which finds Vasquez manning every instrument and offering up a blistering set of outlaw psych rock, arrived in 2015, with plans to issue his debut long-player, Solicitor Returns, in early 2016. In January 2017, Vasquez issued “Same”, the driving single from his sophomore solo outing, which arrived later that April. The following year saw Vasquez release the EP Texas Murder Ballads. Recorded at home in Austin, it was meant to serve as a teaser for his forthcoming third long-player MLVIII.