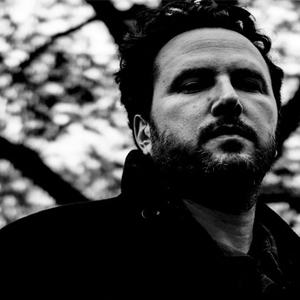 Before setting to work on his latest album, at the advice of a friend, the Minnesota-based singer/songwriter/multi-instrumentalist holed up in the back room of his wood-nestled cabin studio with just a guitar, electric piano, bookshelf, notebook, tape recorder, and one 90-minute cassette—then wrote all winter long. Emerging with the notebook and tape full of about 30 new songs, Mason Jennings decided to skip his standard approach of self-recording and called on producer Bo Ramsey (Greg Brown, The Pines, Iris DeMent), as well as a wish-list-plucked lineup of guest musicians that includes DeMent and Neil Young drummer Chad Cromwell. The result of those “dream collaborations” and his own hard-won inspiration, ‘Always Been’ proves to be Jennings’s most radiant and refined effort of his career.

Recorded at Minneapolis studio The Terrarium, ‘Always Been’ builds on the rugged, acoustic-guitar-driven indie-folk of Jennings’s earlier work (from his 1998 self-titled debut to 2011’s highly acclaimed Minnesota) with sunnier melodies and more hi-fi sonics. While Jennings credits the album’s joyful spirit in part to “letting go and getting help from all these great musicians”—including Greg Brown upright-bassist Gordon Johnson, string virtuoso David Mansfield, singer/songwriter Pieta Brown, and several members of The Pines—at the heart of Always Been’ is an undeniable sense of the wonder he rediscovered during his winter-long writing session. “Staying open to the feeling of awe, the feeling of being moved by things—that’s the most important part of songwriting for me,” says Jennings. “When I’m able to stay in a childlike state that’s more about the heart than the head, that’s when the songs really come in.”