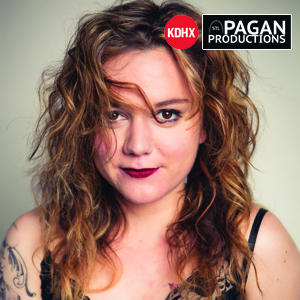 In support of her forthcoming album Lydia Loveless confirms fall tour dates, with stops in Austin, Birmingham, Atlanta, St. Louis, Milwaukee and more. Loveless’ highly anticipated new album, Real, will be released August 19 via Bloodshot Records.  This record follows the release of Somewhere Else, which Rolling Stone praised as “…an aching, lusty set of twang and sneer wrapped in electric guitar swagger,” while Pitchfork furthered “Somewhere Else [is] both a bracing and a deeply harrowing listen.” Additionally, “Longer,” the first track to be revealed from Real, recently premiered on Stereogum. Of the song Stereogum says, “It’s like the Replacements soundtracking the sad aftermath of Big Star’s “Thirteen”—which is to say, it’s awesome.”

Real was recorded at Sonic Lounge Studios in her home state of Ohio and was engineered and produced by Joe Viers (Dr. John, Twenty One Pilots). “I chose to work with Joe Viers, engineer and producer of my last three releases, again because I trust him completely not only with my music but with my words,” said Loveless. “There was a lot to say this time around and I wanted to return to that sort of playground and (sometimes literally) throw things at the wall. Whereas our previous records could be described as blunt or raw, this one I wanted to be known as honest, as true, as real (rimshot),” she adds.