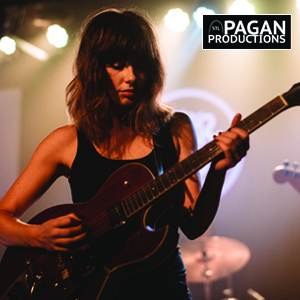 Following the 2014 release of her critically-acclaimed sophomore release, The Avenues, Lynn spent 2015 in a creative whirlwind, kicking off the year with an appearance on The Late Show with David Letterman and, months later, wrapping things up with a 39-date headlining fall tour. Along the way, she also played a role in shaping the dark direction of True Detective‘s second season, both appearing in the popular HBO series as a barroom singer and contributing a handful of original songs to the show’s soundtrack. The response was overwhelming. True Detective‘s teaser trailer, which featured a clip of Lynn’s “The Only Thing Worth Fighting For” (co-written with Rosanne Cash and T Bone Burnett), racked up more than 35 million views in a matter of months, giving Lynn the assurance that a wide audience did, indeed, exist for her brand of otherworldly music.

Resistor at once embraces the darker and more provocative sides of Lynn’s songwriting. Moody and muscular, it pairs Lynn’s voice — a warm, anchoring instrument that sweeps its way through all 10 songs — with the deep-seated rumble of baritone guitars, the atmospheric swirl of keyboards, and the gauze of her own double-tracked harmonies. Lynn and her co-producer, Joshua Grange, play nearly every instrument on the album, which was tracked during a series of spontaneous, experimental recording sessions in Nashville. While The Avenues couched Lynn’s voice in layers of pedal steel and other folky instruments, Resistortakes a different approach, focusing on texture rather than twang.