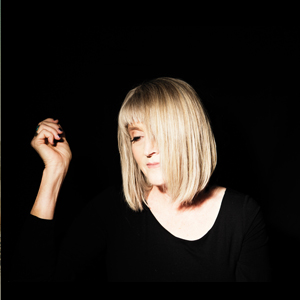 Edgeland moves roots singer/subtle excavator of the human condition Kim Richey through the topography of the life lived by a woman committed to following her music. Flinching over hurting another, knowing the ways of the road, seeking higher ground and accepting the fact everyone’s truth isn’t a white picket fence, she continues defying labels as she defines the thinking person’s life.

“Right now, my stuff is all in storage,” she says of her state of constant motion. “I’ve lived in a lot of different places – different countries even. It’s a little overwhelming, keeping track of stuff, but it’s been an amazing trip because music has taken me places I never dreamed.

“I’m the same way with writing. Even when I’ve finished a record, or am in the middle of recording, I’m writing. Writing songs is what I do; it’s how I connect with the world.”

That sense of motion infuses Edgeland with immediacy. From the Buck Owens/Don Rich opening notes of “Red Line,” the dusky blond sweeps listeners up in her whirl. If “Red Line” is a missed train and a moment of immersion in the station, “The Get Together” shimmers with a Laurel Canyon lushness and ease in the awkward (that evokes J.D. Souther’s post-romantic midtempos) and “Can’t Seem To Let You Go” owns the ‘60s Merseybeat pop luxury of the Seekers or Dusty Springfield in Memphis. Demonstrating a facility for slipping in and out of oeuvres and emotions, this – in many ways — culminates her passage through music.

Kim Richey is a traveller, after all. Musically, physically, emotionally. Not merely restless or rootless, it’s who she is. Willing to follow where the music leads, she’s landed in Los Angeles, Nashville, London, working with a who’s who of producers – Richard Bennett, Hugh Padgham, Bill Bottrell, Angelo, Giles Martin. She’s attracted a coterie of top-shelf genre-definers — Jason Isbell, Trisha Yearwood, Chuck Prophet, My Morning Jacket’s Carl Broemel, Wilco’s Pat Sansone – for her critically-lauded projects. She has also sung on records for Ryan Adams, Shawn Colvin, Isbell, and Rodney Crowell.