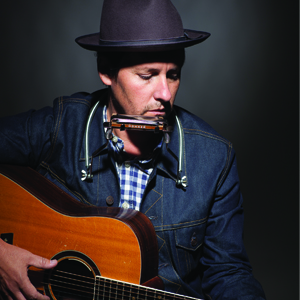 MAKING HIS 1st ST. LOUIS APPEARANCE IN OVER A DECADE.

An Evening with JOSH ROUSE & HIS BAND

“I got too many things on my mind,” Josh Rouse sings on his new album, ‘The Embers Of Time.’ It was that realization that led the acclaimed songwriter to find the only English-speaking therapist in Valencia, Spain—the small town on the Mediterranean coast where he’s lived for the last decade with his family—and face his anxiety head-on.

“While I was writing these songs, I was having a mid-life crisis I guess,” Rouse says. “I’d been living in a different country for a long time, and becoming a father and being someone who travels a lot, I was having a hard time.”

In his sessions, Rouse was introduced to Gestalt Therapy, which focuses on fully experiencing the present moment and the thoughts and feelings it encompasses, with the belief that growth and change come about from a total acceptance of one’s current reality rather than a pursuit of an alternate one.

“I started going back through my past and my childhood,” the Nebraska native explains, “growing up and moving around a lot and never really having a father figure, per say. All those things came out in this new set of songs. This is my surreal, ex-pat therapy life album.”

It’s also one of the finest collections in a celebrated career that’s earned him plaudits everywhere from the NY Times to NPR for his “pop-folk introspection” and “string of remarkable records.” Hailed for his “sharp wit” by Rolling Stone and as “a talent to outrank Ryan Adams or Conor Oberst” by Uncut, Rouse has long since solidified his status as a songwriter of the highest caliber over his ten preceding studio releases. Q called his acclaimed critical breakout album ‘1972’ “the most intimate record of the year,” EW dubbed the follow-up album ‘Nashville’ “persistently gorgeous,” and PopMatters called his most recent record, 2013’s ‘The Happiness Waltz,’ “a big contender for Rouse’s best work.” In 2014, he won a Goya Award (the Spanish equivalent of an Oscar) for best song for “Do You Really Want To Be In Love,” from the film ‘La Gran Familia Española.’