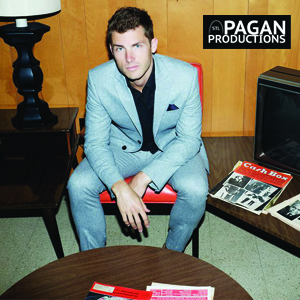 Just four years ago, Jon McLaughlin’s Island Records debut propelled his song “Beautiful Disaster” up the charts, with “Beating My Heart” following quickly after. Hollywood immediately took notice of the young songwriter and didn’t stop at just using several of his songs for films and commercials. McLaughlin himself was offered a role in the hit film Enchanted, performing a song that was later nominated for an Academy Award. In 2008, he found himself onstage at the Oscars reprising the tune in front of 32 million US viewers. In between the hit songs and television appearances, true to his hardworking Midwestern roots, McLaughlin spent his nights opening for the likes of Sara Bareilles and Kelly Clarkson, recording with Jason Mraz and writing for other artists.

But the affable McLaughlin was never quite comfortable with the artistic compromises he made along the way. Largely inspired by an extraordinarily close relationship with his fans, he left Island to create an album like he had never done before; one that was filled with lyrics that were a part of him. Careful to note that he genuinely loved working with other songwriters and found great meaning in their collaborative work, McLaughlin nonetheless couldn’t shake his need to be completely responsible for the songs he delivered to his extremely loyal fans. An ardent social media aficionado, his interaction with his audience influenced him to release this album on his own for the first time.

“A lot of songs over the past few years, there’s nothing wrong with them,” Jon explains, “but there was no weight or significance with me. I felt like I was in a way not being completely fair.” “It feels really good to have a record that I’m working on that I can really deliver wholeheartedly knowing that the fans are getting a piece of me,” he continues. “There isn’t a note on the record that I didn’t spend hours scrutinizing over, or at the very least sitting with and playing over and over again. I feel like it’s a real connection to me.”

Once Jon began writing the new songs that would ultimately fill Forever if Ever, the rest fell into place just as quickly as his career took off. He began producing for the first time, drawing from hours spent with brilliant producers he’d worked with throughout the years. He experimented with equipment, including some a former tour manager had sagely told him to explore. He wrote exactly what he wanted to, spending weeks upon weeks making sure every lyric, every note was just where he needed it to be. And perhaps most importantly, he recorded with the musicians he’d been touring with not only his entire career, but his entire musical life.

Convinced to use studio musicians by his former record label, McLaughlin was finally able to make an album with his longtime bandmates. And it resulting sound plays just like that – warm, familiar, comfortable and seamless. They finish each others’ musical sentences. “It’s the first time that I’ve listened to something at the end of each day in the studio and I loved it,” Jon says excitedly, “every single day, from beginning to end.”

But McLaughlin’s liberating euphoria surprisingly isn’t the theme for Forever if Ever. Ironically, the album is filled with powerful, agonizing, gut-wrenching songs about love and loss thereof. “I guess I would call myself a bit of a romantic,” he starts, “but at the same time I’ve always loved those painful break-up songs. There’s something about the agony of love at any level that I am obsessed with, whether it’s that overwhelming love or heartbreaking break up end-of-love. There’s nothing more universal than that.”