We hope you can take comfort in the community during these extraordinary times. Although we are closed for now, we look forward to one day seeing you again for a reopening celebration!
Back to shows 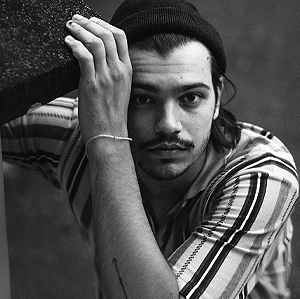 John Vincent III, a 23-year-old alternative artist, intensified his love of music in Houston, TX in 2014. Gaining inspiration from unique lyricists such as Bon Iver, The Districts, and The Doors, John Vincent III began the process of his own song creation.

Within the past five years, John has independently written and produced his singles, EP, and album Songs from the Valley — while doing so, he was able to collaborate on his track “Back To My Ways” with Austin Texas’s Aaron Zachary.

Somewhere along the line of continuous production, a fire was lit under this newly aspiring artist. After visiting Los Angeles in the Spring of 2016, five months later his sights were set on serious music achievement. After completely leaving his life back home in Houston, John prepared for the intense industry in front of him.

A large part of John’s musical success came from the undeniable passion and raw personal experiences that lived inside of him — he went from playing various coﬀeehouse shows, to writing new, and successful songs in his small valley bedroom. From learning the struggle of being an adult, to getting his footing, and making new friends. John’s traction was a result of realizing true artistic struggles, and allowing them to become his personal reality.

Looking back – John credits figuring out what he was doing in this industry, and where he truly wanted to take it to the importance of the time he struggled. Eventually, he used what he learned and began writing tirelessly, while supporting himself with a local coﬀee shop job. Just when John thought his music career would not be going any further, producer Tyler Neil Johnson reached out to John with interest in working on his next project together. After a majority of the songs had been created, John spent 2 weeks in Vancouver, BC perfecting this eight-track album titled Songs From The Valley. With more music and exciting things to follow, it’s gearing up to be a year full of music from John Vincent III.