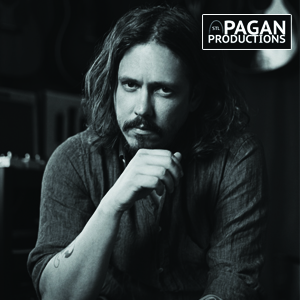 Beulah. It’s a small, complicated word with a tangle of meanings.

It’s the title of John Paul White’s new album, his first in nearly a decade, a remarkably and assuredly diverse collection spanning plaintive folk balladry, swampy southern rock, lonesome campfire songs, and dark acoustic pop. Gothic and ambitious, with a rustic, lived-in sound, it’s a meditation on love curdling into its opposite, on recrimination defining relationships, on hope finally filtering through doubt.

Beulah is also a White family nickname. “It’s a term of endearment around our house,” White explains, “like you would call someone ‘Honey.’ My dad used to call my little sister Beulah, and I call my daughter Beulah. It’s something I’ve always been around.”

Beulah is also something much loftier. For the poet and painter William Blake, Beulah was a place deep in the collective spiritual unconscious. “I won’t pretend to be the smartest guy in the world,” says White, “but I dig a lot of what he’s written. Beulah was a place you could go in your dreams. You could go there in meditation, to relax and heal and center yourself. It wasn’t a place you could stay, but you came back to the world in a better state.”