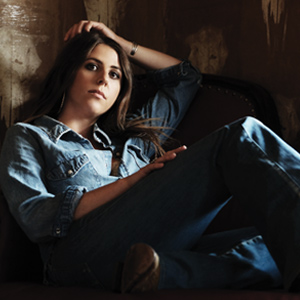 For Jillette Johnson, the journey has been as integral to her musical experience as the destination. Jillette, who began taking music lessons and penning songs as a child, has been performing live since she was 12, captivating audiences with her sultry, thoughtful piano-driven tunes. The musician, now 24, has spent the last decade cultivating her sound and defining her unique perspective. When she moved to New York City from her small town of Pound Ridge, NY at 18, Jillette was already familiar with the city and its clubs, from Sidewalk Cafe to The Bitter End to Rockwood Music Hall.

In early 2012, Jillette inked a deal with Wind-up Records, who were drawn in by her track “Cameron,” an inspirational number that explores the struggle of a transgendered person whom Jillette knows. The song appeared on the singer’s five-track EP, Whiskey & Frosting, which came out in August 2012, a prelude to her June 25, 2013 Wind-up Records’ debut album release, Water In A Whale. Culled from six months worth of recording sessions at Wind-up’s New York studio, the album traces Jillette’s experiences and ideas about living in the city and being young in today’s society. She finished the album fall 2012, just before going out on tour, and as it turned out those weeks on the road shifted the musician’s sensibilities.

“There’s this funny thing that happens when you go on the road,” Jillette says. “Because you’re not around the people that you’re normally around and you’re in a different environment and you’re constantly being creative and putting out things. Your voice starts to change, both literally and figuratively. I just started growing really rapidly and my perspective started changing a lot. I got back two weeks before Christmas and I knew that we had to have everything done by the first of the year. So I had six months to make the record and two weeks to change everything. A lot of artists don’t get that opportunity, to be able to have the album that they made and come back and make tweaks. That’s pretty rare and I got to do it.”