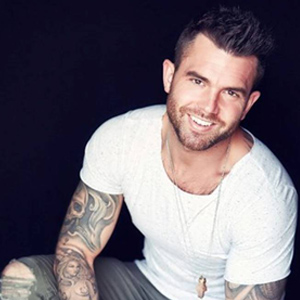 From the moment he enters a room, it becomes clear that Jay Allen is here to tell his story. The tattoo-clad singer/songwriter has his heart inked on his sleeve – so to speak – and sings with conviction onstage that stems from the lessons his parents taught him and the music he heard around the house. Knowing the stage was the only place he wanted to be, Jay packed his bags four years ago and moved to Nashville.

“I had been living in Atlanta and Savannah, Georgia, working as a musical director at several churches when I made a quick decision to move to Nashville. A friend of a friend introduced me to an elderly couple in Hendersonville, TN that had a small apartment attached to the back of their house. By God’s grace, they let me live rent-free until I got on my feet. It was the most humbling experience of my life.”

Working day and night, Jay has achieved major milestones in the course of the past few years: he’s signed a publishing and development deal with Sony/ATV publishing, enlisted management team Edge Artist Management and released a five-song EP, which produced his first hit single “Sounds Good To Me” – dubbed a “Highway Find” on SiriusXM’s The Highway. The budding musician continued to perform and write, honing his craft with the likes of ACM-nominated songwriter Phil Barton and Lindsay Rimes, both credited as co-writers on his debut single.

“There’s nothing like being on the stage. When the lights come up and the band starts playing and I get behind that mic – I’m alive. To spend everyday writing, then see your songs come to life on a record, then see people laughing and drinking and dancing along – it’s heaven on earth.”