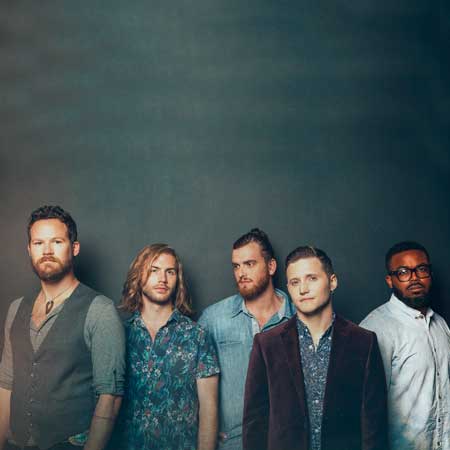 Among rock ‘n’ roll’s many mistresses and muses, California remains one of the most enigmatic, enduring, and enchanting. The Golden State’s allure can notably be attributed to the intoxicating melodic excess of the Eagles’ “Hotel California” and the finger-picked pensiveness of Led Zeppelin’s “Going To California,” to name a few.

The West Coast’s influence courses throughout The Delta Saints’ 2017 full-length album, Monte Vista. Irresistible lead single “California” snaps from a vintage synth swell into a rough-n-tumble guitar riff and bluesy howl. It’s an anthem for throwing caution to the wind, skipping town and setting out to find something more. “California has always been a sort of haven for the band both physically and emotionally,” says front man Ben Ringel. “We’ve got a home base at our guitarist Dylan’s grandmother’s house in La Jolla on Monte Vista Street. That’s where the album title comes from. When we wrote the song, we were in the middle of a dismal Nashville winter. We were all feeling the need to escape the cold, but also had this drive that had been building up over the previous year to really push ourselves beyond where we were. I think we all felt a bit stagnate, and ‘California’ is about us getting up and actually doing something about it.”

The Nashville-based quintet—Ben Ringel [vocals & guitar], Dylan Fitch [guitar], David Supica [bass], Vincent “Footz” Williams [drums], and Nate Kremer [keyboards]—craft raw and visceral rock music with psychedelic flares, fuzzed-out guitar riffs, arresting drum patterns and blues tendencies over the course of 10 tracks produced by Third Man Records alum Eddie Spear [Jack White, Arctic Monkeys, Chris Stapleton]. It’s the triumphant culmination of a long journey comprised of ceaseless touring in the United States and Europe and fan favorite records such as the crowd-funded Death Letter Jubilee in 2013 and 2015’s Bones. The latter yielded “Sometimes I Worry,” which landed a prominent placement on the most recent season of Showtime’s Shameless. It also spiritually set the stage for Monte Vista, an album brimming with a restless spirit and coming-of-age rumination on life, love, self-discovery and the world at large.