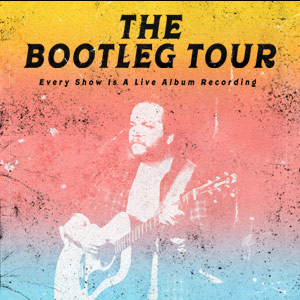 In a world full of singer-songwriters hawking their stories, Ramirez has managed to stand out from the noise, developing a fiercely loyal following of fans who are drawn to his intimately personal songwriting. “When someone buys a record of mine, they’re getting my life. They are essentially memoirs. They’re going to know a little bit more about who I am.”

‘FABLES’ is a sparse, poignant set of songs crafted around Ramirez’ starkly beautiful baritone, which the New York Times once described as full of “haggard loneliness.” NPR Music praised his knack for writing “dark, wrenching tales that are immediately identifiable to those who’ve loved and lost,” while Paste described his “brutally honest” lyrics as “almost alarmingly descriptive.”

After years on the road touring as an opening act for artists like Noah Gundersen, Gregory Alan Isakov, Shakey Graves and Joe Pug, David Ramirez is excited to finally embark on his own tour. “Fans have been paying high-dollar tickets to watch me open for other bands, and I’m very thankful for it. I’ve also had the chance to see how other songwriters I respect work on a professional level. I’ve learned a lot and been challenged a lot. It’s like I’ve been going to school. I’ve been taking notes. And now I think I’m ready for the job. I’m really excited to finally go out with a band and do my own full set. It will be more fun and energetic.”

As he has learned to open himself up to other people in his personal relationships and in the studio, Ramirez has also been focused on putting together a full-time band and letting other musicians become involved in the creative process. “I’m trying to build a family of people who create together, not just a backing band,” he says. “For the past five years traveling, I get off stage and I have no one to share it with. I’ve been lucky enough to ride along with some of the bands I’ve opened for. I watch them get ready for their set and have that sense of collaboration, and I’ll just be in the alley smoking a cigarette by myself. I’ve always had a little envy for that. I’m like every kid that grew up playing in a garage. I want a band. No one has dreams of playing the world alone.”
Small Cameras (NO detachable lens), OK. NO Audio. NO Video.