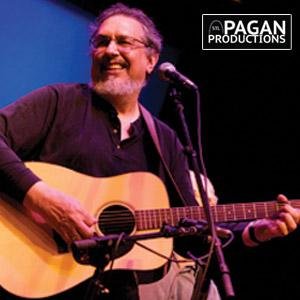 *Set times are approximate and subject to change without notice.

For Americana godfather David Bromberg, it all began with the blues.

Add in a period of self-imposed exile from his passion (1980-2002), during which he became a renowned violin expert, and Wilmington, Delaware’s cultural ambassador; top that off with a triumphant return to music-making, and you have an amazing tale leading back to one place: the blues.

Now, with The Blues, the Whole Blues, and Nothing But the Blues, his first release for Red House Records, Bromberg and multi-Grammy-winning producer/accompanist Larry Campbell (Dylan, Levon Helm, Paul Simon) focus on the music David discovered in high school, when, circa late 50s, he was introduced to a friend’s dad’s collection of blues 78s. He’d only just taken up guitar as a means to pass the time while in bed with the measles.

“I loved those 78s so much,” says David, “I taped them on a portable reel-to-reel, so I could listen at home and learn.”

That love is evident in The Blues, the Whole Blues and Nothing But the Blues. The album is both blues primer and an opportunity to witness a master embracing this distinctly American music with passion and grace.