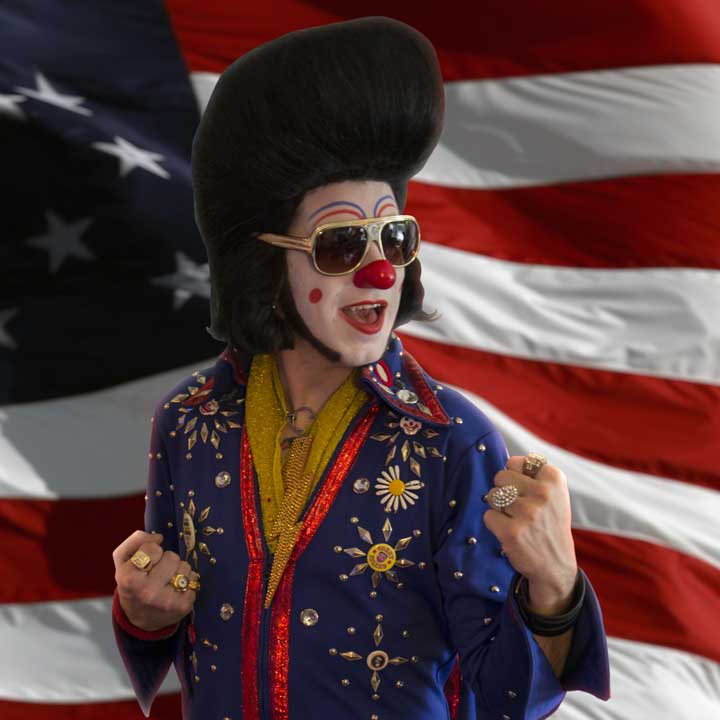 Thanks to a controversial appearance on NBC’s America’s Got Talent, Clownvis is now familiar to millions of people around the planet. Following this break through Clownvis has become a huge sensation, releasing viral music videos and appearing on Comedy Central, The Tom Green Show, Playboy Radio, Sirius XM, and sharing the stage with entertainment legends such as Tim Heidecker, Sarah Silverman, Margaret Cho, Mac Sabbath, and many more.