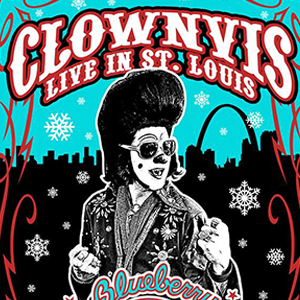 Thanks to a controversial appearance on NBC’s America’s Got Talent, Clownvis is now familiar to millions of people around the planet. His phenomenally outrageous audition is a must see (check Youtube). Following this sensational break through, Clownvis has appeared on Comedy Central, The Tom Green Show, Playboy Radio, Sirius XM, and on comedy bills with legends such as Tim Heidecker, Sarah Silverman, Margaret Cho, Drew Carry, David Spade, Bob Odenkirk, and many more.