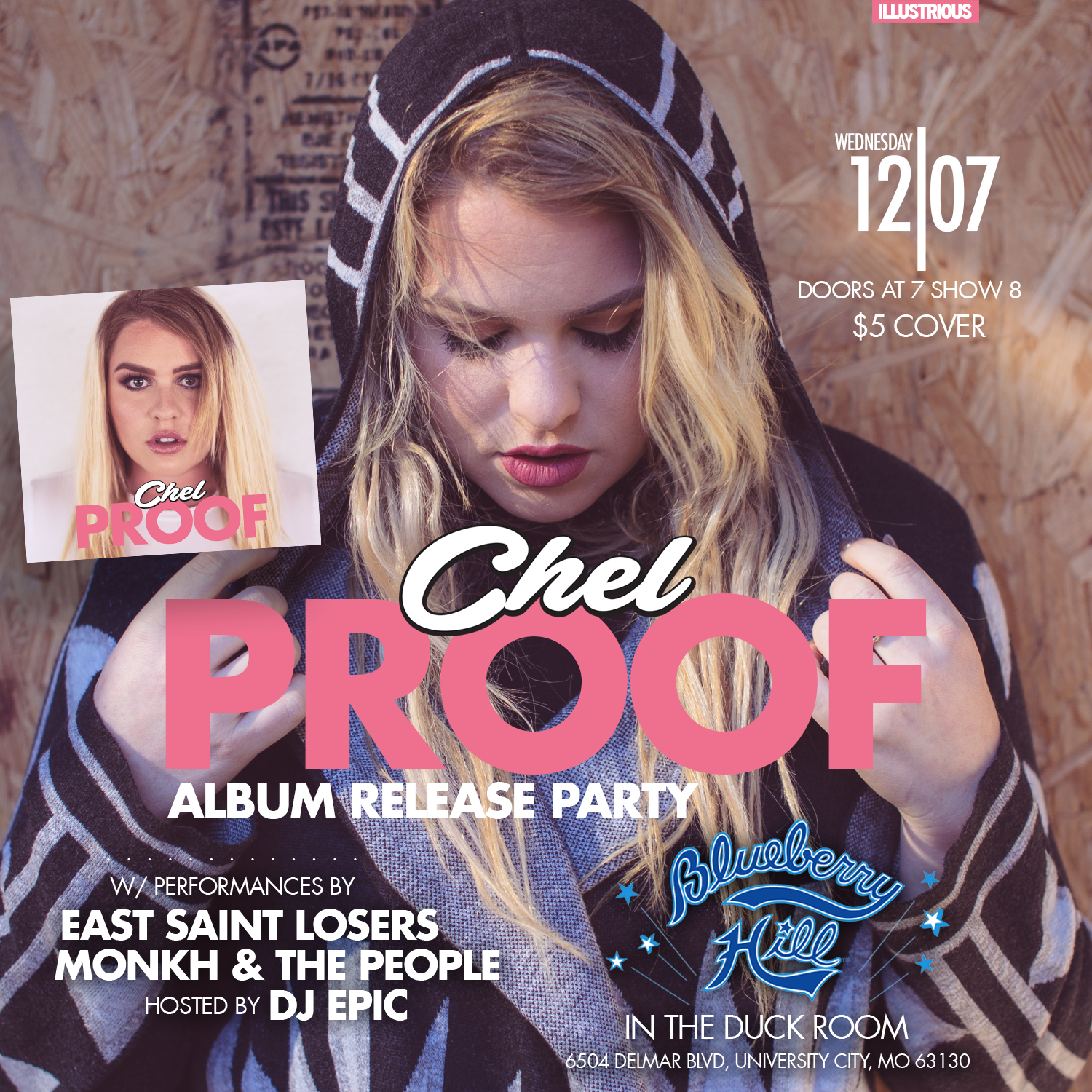 Born and raised in Springfield, Illinois, emerging pop artist Chel currently resides in St. Louis, Missouri where she continues to write, record, and perform her unique style of pop music on a daily basis. By blending infectious pop lyrics with a broad spectrum of musical genres, Chel has managed to create a genre that is entirely her own.

To date, Chel has recorded one debut EP. “The Chel EP” produced by legendary hip hop producer Tech Supreme. The five song record was released in February 2014. The EP is an emotionally charged powerhouse that showcases Chel’s more radio friendly records coupled with her heavy hitting ballads. The CD was released for promotional purposes only and currently has no sales statistics. Chel is currently working with an international artist development company which is helping her create the foundation for her next full length CD to be released to retail in the coming months. The partnership has given Chel the ability to formalize her image and create the musical brand that will catapult her into superstardom.

Chel has found it exceeding difficult to place her music and style into a typical “Sounds-Like” category. When asked about this, Chel replied, “I have been told that I have a very unique sound. I’m not exactly sure what that means, but I do know that I hear myself differently than other artists. It’s nice to believe that I stand out in some way. I have been told that I do sound like Rihanna, Norah Jones, and Adele. Needless to say, all three of those are huge compliments”.