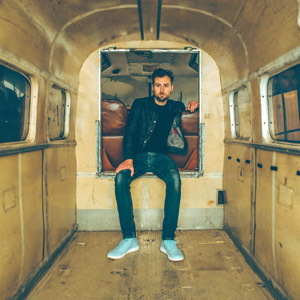 Brendan Mayer is quickly gaining attention as an artist and songwriter, with his signature voice and intelligent songs. The son of acclaimed guitarist and songwriter, Peter Mayer, Brendan has crafted his unique voice from a young age. A long time resident of Nashville, Brendan was the lead singer of buzz-band, The Turf, sharing the stage with successful acts such as American Bang and Jeff the Brotherhood. Brendan was also a featured artist on Jimmy Buffett’s 2014 summer tour, and that same year he released his debut EP “The Getaway Car” on Mailboat Records.

Recently, he and his father have collaborated to release their first album together under the Peter Mayer/Brendan Mayer name — “Long Story Short” — which has received extensive airplay on Sirius/XM Radio. In addition, Brendan is preparing to release a new single of his own — “Wrong Place” — to be followed by a continuous rollout of new music throughout the year.

With an introspective lyricism and engaging melodic sensibility that marries Americana, Folk, and Indie Pop, Brendan creates music that is somewhere between Nick Drake, John Mayer, The National, and Arcade Fire. He tours regularly throughout the United States and Europe, and has steadily built a loyal following.

Small Cameras (NO detachable lens), OK. NO Audio. NO Video