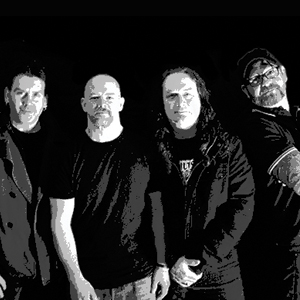 A Reunion Show to Benefit the Ryan Ellis Singor Foundation

Rising from the ashes of bands such as Maker and Invixious, Bonehouse self-released their raw-tinged debut album Order of Mayhem in 1993, containing the songs “One Shot” and “People We Know,” both of which received airplay on K-SHE 95’s classic Monday Night Metal program.

Upon the album’s release, Bonehouse opened for international hard rock acts ranging from Firehouse to Dream Theater, bringing their music to hungry metal fans across the Midwest. The band continued to write and record original music, before their eventual breakup in 1995.

With a sound melding the influences of classic UK artists such as Diamond Head with the melodic structure of classic-era Queensryche, the band is looking forward to hitting the stage with their good friends Nothing Set in Stone, and Deeler, for this one-night-only benefit performance.

According to Bill Audrain, “We’re thrilled to be getting the Bonehouse gang back together and playing these great songs for all of our fans and friends. We know they’ve been waiting, and it’s our sincere intention to rock their faces off! See you at the Duck Room in St. Louis on April 8th!”