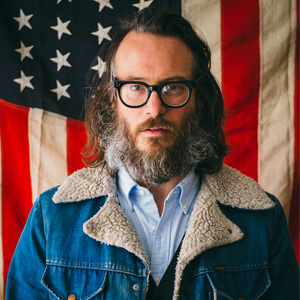 Ben Kronberg’s star is certainly on the rise. Ben’s unique style blends clever one-liners and witty observations with catchy songs that he performs while playing instruments like the guitar, casio-keyboard, and loop-pedal. Much of his material has been inspired by girlfriends, who are now, incidentally, ex-girlfriends. Since his breakout performance in Aspen, Ben has performed on Jimmy Kimmel Live and Last Call with Carson Daly. Ben has also appeared twice on ABC’s hit game show, Wipeout – one time as a normal contestant, and most recently in the All-Star Episode. He lost both times, but would still go back for a third helping of pain if asked. Most recently filmed his own half hour special for Comedy Central and performed on John Oliver’s NY Stand Up Special. He currently resides in New York City where he creates original content for the web and is starring in a stand-up comedy based pilot that is currently in production. He hopes writing about it doesn’t jinx it.

With his electric banjo and ukulele, accordion and trombone kazoo, Robert Severson has crafted Saint Louis, Missouri’s Googolplexia into a one-man outsider vaudeville. Severson stomps, claps, and gurgles into the disparate, cobwebbed corners of American music and sometimes beyond. Expect screwball theatrics at their most hand-embroidered.

Amber Falter is a standup comedian and proud Mother of two adorable dogs. She is as brutally honest as she is endearing so there’s a good chance you’ll find yourself clasping your face in your hands, wondering, “WHY!?” through gasps of laughter.