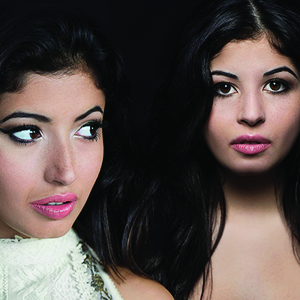 The band launched a successful 2013 Kickstarter campaign, catching the eye of producer Henry Hirsch (Lenny Kravitz, Madonna, Regina Spektor) at Waterfront Studios in New York, to produce their first album. Count To Ten. The duo has been recently working on new demo tracks with Nashville producer/writer Jamie Kenney (Five For Fighting) and Boulder producer/writer, Ted Bruner (Katy Perry, Miley Cyrus). The sisters have received radio play on nearly 200 college radio stations, and their album has been licensed to 14 different television programs on MTV, VH-1, Discovery and A&E. The band performed in Austin during the 2014 SXSW Music Festival and has performed in Nashville for ASCAP’s New Music Showcase.

Bella & Lily headlined at this year’s PrideFest St. Louis in front of an audience of 30,000. They were also one of the featured acts at Fair St. Louis in 2014 to an audience of 10,000. Throughout 2015, the duo has been working on new material in Nashville, New York, and Boulder.