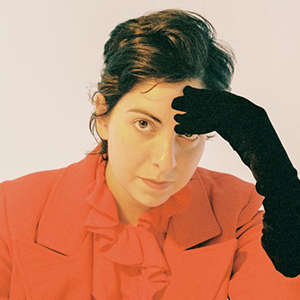 Becca Mancari is rewriting the rules.

Born in Staten Island, New York, to an Italian-Irish preacher and a Puerto Rican mother, Mancari has lived a life of transition – from working as a janitor in South Florida, to writing songs with train hoppers in the Blue Ridge Mountains and seeking spirituality in India. But it was her time in Virginia and Nashville where she found the roots music that would continue to inspire her musical evolution to today.

Her anticipated debut album, “Good Woman,” is hauntingly lonesome, with dust-cloud swells of electric guitar and don’t-look- back lyrics revealing scenes from Mancari’s well-travelled story. She recalls, “I remember being 19, and I would go to this old warehouse where a bunch of old timers would be siting around picking and drinking moonshine…and we are talking straight up moonshine. “During this time, Mancari’s curiosity to see the world with eager, fresh eyes grew, drawing her to travel and experience all types of people and places. Her travels would inevitably impact her music; since her music is the landscape of all she’s seen, “Good Woman” evokes the sound of city grit and the mountain music of her youth, swirling into a fresh, nostalgic sound.

Mancari explains that she wants her music to be familiar to audiences, but also pushing creative boundaries, rewriting the rules for her genre. She explains, “Our hope is that we’re doing something that respects the roots but also has space and the galaxy in it.” It’s these planetary frontiers, along with the powerful fragility in her voice, that make Mancari’s music beyond standard classifications.

Perhaps more striking than Mancari’s sound is the tender honesty and vulnerability present in each of her songs. Ann Powers describes Mancari’s writing as “lyrical and raw,” commenting on the “great personality in her songs.” As a gay woman in the south, she has fought hard to reconcile her spiritual beliefs with her sexuality. Her strong personality enables her to be a spokeswoman to the outcast and the misfit, helping her redefine the categories that so often divide people. Mancari explains, “It was not an easy road when I came out. No matter how hard I tried to fit into society’s molds, I could not. I want to be open and proud of who I am, because I needed people like that in my life when I was young.” Mancari hopes that people will find the bravery in her story and be able to discover their own inner strength.

When Mancari sings, she shines with authenticity. It is evident that Mancari knows exactly who she is, and her music has a strong sense of identity. But it is her refusal to subscribe to molds and societies trends that sets Mancari apart. Mancari is challenging all of us to throw away the old book and create a new genre of music.

In a short time, Mancari has made a name for herself in Nashville and the southeast. She has toured and played with Margo Price, Hurray For The Riff Raff, The Lone Bellow, SUSTO, Joan Osborne, The Weeks, and more.