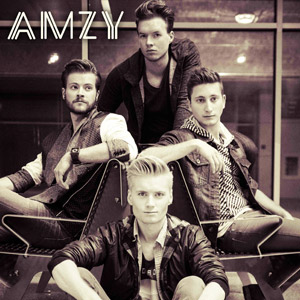 AMZY blends rock and modern textures to create a genre all their own. In their music, empathy comes first. Each member’s inner conflicts — from struggles with identity, societal pressures, depression and simply being human — are interlaced between each track. AMZY carved out their place in Denver with detailed and energetic live performances that blend passion, humor and heart.

“We put on suits because they make us feel like we’re going to do something great. We put on good live shows because that’s what we think we’d want to see. We’re awkward at times, and goofy often, but we know where we are.”

The on-stage journey of self discovery and finding happiness helps build bridges between genres, sounds and each other.