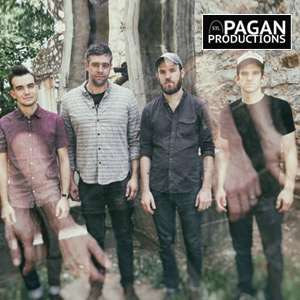 Nobody Likes A Quitter Tour

All Get Out will release their second full-length studio album,Nobody Likes A Quitter, this fall. I mean, that felt good to type…but if you’re an All Get Out fan, how good did that feel to read? Because I’m also a pretty huge All Get Out fan, and that feels really good to read.

The Texas-by-way-of-South Carolina band, led by frontman Nathan Hussey, is in the middle of a huge spike in creativity. The first result of this spike was last year’s Movement EP, a five-song effort that will look like a warm-up round in the near future. Nobody Likes A Quitter is All Get Out’s most dynamic and impressive work yet, following Hussey as he turns his focus inward and begins to become more fully aware of who he is.

Nobody Likes A Quitter was produced and co-written by Manchester Orchestra’s Andy Hull and Robert McDowell, and proves to be a more nuanced and restrained affair than the aggression of 2011’s The Season and Movement — but trust us when we say it’s no less vulnerable or emotionally exhausting.

This is an album that we are, truthfully and straightforwardly, extremely excited and honored to be bringing you this fall.