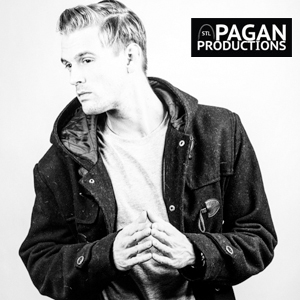 The youngest male solo artist to have four Top 40 singles, pop sensation Aaron Carter began his career in show biz at the tender age of seven. Over the next five years he made a name for himself as an energetic and charismatic performer, both onstage and on albums such as his 1998 self-titled debut and the following year’s Surfin’ USA, both of which were successful in Japan and Germany as well as in the States. A single on the Pokemon: The First Movie soundtrack, opening gigs for the Backstreet Boys and Britney Spears, a biography and video collection, and appearances on Nickelodeon set the stage for his third album, 2000’s Aaron’s Party (Come Get It).

The party continued on Oh Aaron, which was issued in summer 2001. Successful tours with both the Backstreet Boys and Britney Spears kept him busy into the next year, but by the spring of 2002 he was back in the studio again. Calling on several big-name pop producers, Carter put together Another Earthquake! during the year and released it that fall, followed by his 2003 Most Requested Hits collection. He has since appeared on Dancing With the Stars, the Broadway play The Fantasticks, and made several one-off performances.

In 2014, he announced that he would begin releasing new music, and began by releasing a single featuring rapper Pat SoLo, “Ooh Wee”, which first became available as a free download with purchase on his web store, and is reportedly working on a new studio album, due to be released in late 2015.